Boom Studios have bought the rights to do a Dune comic book and graphic novel based on the bestselling House Atreides prequel.

Dune: House Atreides will be adapted by Brian Herbert and Kevin J. Anderson who co-wrote the novel based on Frank Herbert’s notes. The whole project is being done in partnership with Herbert Properties LLC and in full coordination with Abrams ComicArts.

The twelve-issue series will share the story of a young slave, Duncan Idaho, trying to escape his cruel masters while a young Letro Atreides embarks on a fateful journey. Pardot Kynes hunts for secrets on the strange planet of Arrakis, and a violent coup is planned by the son of Emperor Elrood.

Modiphius is also working on a Dune RPG which is known to have a wide range of creators attached including Khaldoun Khelil and Chris Spivey. 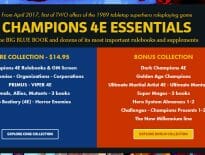 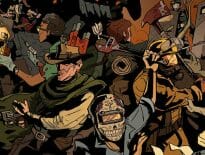 Tabletop & RPGs The Maximum Apocalypse RPG is coming
wpDiscuzComment Author Info
Manage Cookie Consent
This site uses cookies 🍪, and links are ads that may earn bloggers some money 💰, and with this alert, I very much hope that these dark truths 🧌 are acknowledged.
Manage options Manage services Manage vendors Read more about these purposes
Preferences
{title} {title} {title}
Loading Comments...