Hunter Books Kickstarted the Altered Carbon RPG and suggested an August 2020 delivery for the game.

The game leans heavily into the visuals of the Netflix series. It’s a high-science cyberpunk future in which you can wear any body that you can afford, transmitting your mind from one shell to another. If you’re rich enough, this makes you an immortal.

The core Altered Carbon RPG contains rules to play, archetype characters from Socialites living a life of luxury to soldiers fighting to survive. The book explores the metropolis Bay City from the Atrium World down to the Underground.

You can pre-order from Renegade from $50. If you prefer, there’s a deluxe edition with a different front cover and die-cut slipcase for $90 but that, along with the GM screen, is not due until September. 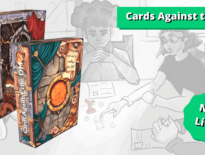 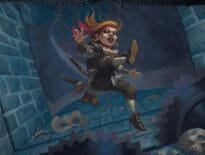 Geek Stuff Free to Download: Get alerts whenever WotC adds fr…
💰 Copper Coins 💰 Geek Native is an affiliate and may earn commission on purchases you make from third-party sites.
🍪 Privacy & Cookies 🍪 The site uses cookies to survive. By accessing the site, you agree to use your browser to control cookie use or take 1d4-3 privacy damage (tracking). If you defeat cookies via ad blocking, please consider the Patreon. An intro to cookies, and how to control them, can be found here. I Manage Cookies