The official tabletop RPG for Richard K Morgan’s Altered Carbon is live. This is the “neo-noir” cyberpunk hit that Netflix picked up and is just about to air season two of. It’s a future where people can transfer their minds into younger and healthier bodies.

As you might expect, the Kickstarter is going well. It launched yesterday with a Kickstarter goal of $US20,000. Today, it has nearly 1,000 backers and a comfortable $100,000 pledged. You can watch the dial tick up over at the campaign page.

The RPG references Netflix and Skydance Television, and so it is the TV version of Altered Carbon that the game will be following, with the book in the backup.

Hunters Entertainment have released a 65-paged PDF preview of the game.

The game uses a brand new gaming engine called the Hazard System. Hazard cites a range of sources of inspiration including Cortex, Savage Worlds and Hunter’s own Outbreak: Undead.

Hazard asks players to roll below a target number and therefore the larger the dice, the harder the task.

Furthermore, GMs can assign bonus dice which allow players to take the best or luck dice that add to the results and make the job tougher.

Degrees of failure or success are then factored in.

Hunters have provided a summary video.

The pledge tiers go up to $5,000, and people are backing at that level.

Let’s look at where we mere mortals might begin, though. It takes only $25 to get a copy of the PDF and you should get that this August.

$100 gets you the deluxe edition along with the PDF of the Lost & Found / Turf War in PDF, along with game cards, a PDF of the game, a standard cover and even a temporary tattoo.

Some backers are asking how much money author Richard K Morgan gets from the Kickstarter. Why? They’re considered about apparently transphobic comments made on Twitter in December.

It’s not a straight forward controversy, as is so often the case, with Morgan stating that sex is biological. He did so in response to a similar tweet from Harry Potter author J.K Rowling. Rowling, however, was tweeting in support for a transphobic woman who did not have her contract renewed after her employers and co-workers asked her to stop tweeting (150 a week!) anti-trans rights messages in the UK, and she refused to do so.

At the time, only backers can comment and ask questions.

Many people have pointed out the oddness of a transhuman author, someone who writes about humans changing their bodies at will, not believing that trans people exist. 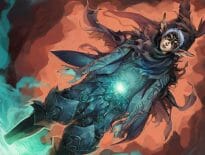 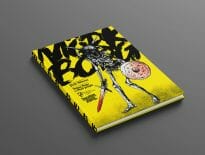 Tabletop & RPGs MÖRK BORG RPG will be released by Free League Pub…
wpDiscuzComment Author Info
Manage Cookie Consent
This site uses cookies 🍪, and links are ads that may earn bloggers some money 💰, and with this alert, I very much hope that these dark truths 🧌 are acknowledged.
Manage options Manage services Manage vendors Read more about these purposes
Preferences
{title} {title} {title}