You are here: Home / Games / Tabletop & RPGs / World of Revilo complete with 5e bestiary closes in on $20,000 Kickstarter target

Creature Curation’s Kickstarter full of new creatures, weird fantasy races with two faces and a whole D&D 5e campaign setting is asking for $20,000. At the time of writing, there are 20 days still left to raise funds and nearly $17,000 raised.

You can pledge and check progress yourself at the campaign page.

A pledge of $12 gets you a deck of monster cards and $15 the PDF of the two books and cards. It’s $30 for a hardcover copy of the campaign book and $50 for the hardcover campaign and bestiary.

It gets a little after that. I was looking for a tier that offers physical copies of both books and the card deck. At $110 you get the bestiary but two decks of monster cards and two decks of the plastic pawn models. It’s only $10 more to get both books at that point; $120 for the campaign and bestiary in hardcover, 2 decks of cards and 2 boxes of monster pawns. It’s not a surprise that people are finding that extra $10 at a ratio of nearly 1:30.

The World of Revlio setting

There seem to be two storylines going on in Revlio. The first is that ‘D&D mundane’ races like humans, elves and dwarves are washing ashore in sufficient numbers for it to be having an impact on the land. Cultures change. One human has even hired an army of Greyskulls (not the castle) to conquer territory.

I guess we’ll have to find out why so many people are washing ashore and what the Greyskulls are playing at.

In an unrelated (or is it?) story we have 18 weird individuals who make up the Keepers of Secrets and the fact they contain a fragment of the evil god Ghyrma each. They’re being hunted down and slain by persons unknown. Could this lead to a return of Ghyrma?

World of Revilo complete with 5e bestiary closes in on $20,000 Kickstarter target 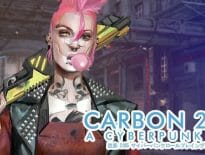 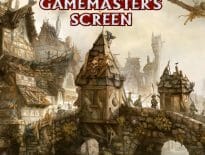