Keith Baker won Wizards of the Coast’s Fantasy Setting Search competition in 2002. Eberron was the result, Wizards and Baker publishing the campaign setting book in 2004.

Eberron is back, and there are official WotC products like Rising from the Last War and Wayfinder’s Guide to Eberron before that.

Baker still gets to do his own thing, though, and last year it was announced he would publish an unofficial Eberron book.

The Twitter account created to support the project @InMyEberron has now given us a glimpse of the blurb.

Join Eberron setting creator Keith Baker in this tour through the lands, oceans, and planes of Eberron. Exploring Eberron presents Keith’s vision of Eberron like never before, with fresh lore and rich illustrations to bring the setting to life.

In this book, Keith takes players and Dungeon Masters on a thrilling dive into Eberron and its thirteen planes. Encounter the monstrous folk of Droaam, the goblinoid Heirs of Dhakaan, the Mror dwarves and their Realm Below, and the sahuagin and merfolk dwelling beneath the waves. Embrace faiths of altruism, pragmatism, and darkness. Browse Dolurrh’s Vault of Memories, seek the Amaranthine Cities of Irian and Mabar, mediate with the Gith monks of Kythri, and much more.

The adventure won’t be easy! Might friends and foes await – from legendary archfey and proud sahuagin to nightmarish quori and alien daelkyr. Eberron is a world in need of heroes, but take heart: between these pages lie a host of player options for would-be heroes to enjoy. You’ll discover new archetypes for the artificer, cleric, druid, monk and bard. Play unique Eberron races and subraces including gnolls, Dhakaani goblinoid, aasimar of diverse faiths, and darkblood dwarves. Uncover a wealth o magic items from around the world, bear symbionts that bond with your very flesh, wield dragonmark focus items – perhaps even manifest a Siberys dragonmark of immense power. 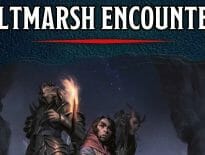 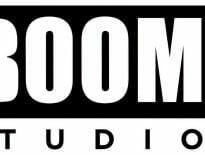