Eberron is a fantasy steampunk setting from Wizards of the Coast for D&D. Over at DriveThruRPG, you can find dozens of sourcebooks for it, dating back to D&D 3.5. The most recent is the Wayfinder’s Guide to Eberron which is an official 5e book.

Keith Baker created Eberron, and he was the lead author on the Wayfinder’s Guide too. Now, though, Baker will use the DM’s Guild to publish licensed but not Wizards of the Coast official material for Eberron.

On his blog, he notes;

To be absolutely clear: Project Raptor is NOT an official sourcebook. Unlike the Wayfinder’s Guide to Eberron, this is being produced by KB Presents alone and will not be supported by Wizards of the Coast. This is your glimpse into my Eberron; it will be released on the DM’s Guild, and available in print on demand.

Project Raptor is the codename of a forthcoming book from KB Presents (Keith Baker) for Eberron. It’s a 160+ page book that’s expected towards the end of this year.

Not everything that Keith imagined up for Eberron made it into print. There are still places and things that he wants to explore in more depth.

You could think of Project Raptor as an editor’s cut or a sequel. The DM’s Guild provides a legitimate marketplace for the sourcebook.

Keith cites the planes as an area that still feels under-developed. Eberron has its own cosmology as it is separate, or shielded, from the Great Wheel. He writes;

Aside from the possibility of planar travel, manifest zones and coterminous periods allow the planes to influence adventures at all levels of plane. And yet, over the course of fifteen years, we’ve never explored the planes of Eberron in enough depth to fully support that potential. Project Raptor will dig deeper than ever before, finally exploring the potential of the planes.

We have already been shown some illustrations from the sourcebook. This is Amaranthine City, which is the heart of both Irian and Mabar, an immortal city that embodies both hope and despair.

You can keep track of the project at KB Presents’ In My Eberron Facebook page.

Are you looking forward to Project Raptor? Has Keith done the right thing by striking off on his own to further build Eberron, even without Wizards of the Coast’s backing? 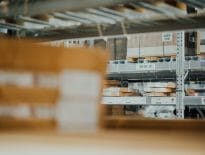