Modiphius Entertainment is currently managing the Vampire: the Masquerade, but it’s Hunters Entertainment, appropriately named and now juggling the Altered Carbon RPG, that has the Werewolf: The Apocalypse license.

We’ve not heard much about the game since Paradox Interactive announced the appointment in December.

The silence from Hunters is understandable. It’s not just that they’re busy, but a few months isn’t really enough time to do anything with a title as prominent as Werewolf.

Given the trouble Vampire had in finding a niche between edgy, relevant dystopia and not making money off actual suffering, I imagine Hunters will want to be as precise as possible with each step they take into the world of horror and eco-terrorism.

The latest Hunters Gathering newsletter finishes with a sign that the silence is being replaced by whispers.

There’s a section in the newsletter simply titled “Whispers of Luna” and the promise of a little teaser.

When will we find out more? Before the end of next week.

Now, there’s a Wattpad werewolf story called Whispers of Luna, but the closest official ‘Whispers’ I can find is a Jamak (totem) for the Bastet (werecats).

What Werewolf 5th edition news are you hoping to hear? 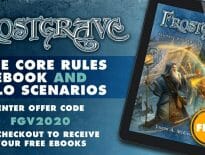