Frostgrave is a top-rated skirmish miniatures game from designer Joseph A. McCullough and Osprey Publishing.

Wizards battle their way through the ruins of an abandoned and terrifying city to be the first to reach the treasures from a long-gone empire. Players control a wizard from one of the ten schools of magic and their band of followers.

Osprey, the publisher, has released a coupon code FGV2020 that will mean you can download the rules for free.

Put Frostgrave: Fantasy Wargames in the Frozen City in your basket, use the code FGV2020 and the price will drop to 0. Don’t do it yet, though.

The code will also work with Frostgrave: Dark Alchemy which provides three scenarios that can be played solo or as a cooperative effort with two players.

Separately, there’s also a free sample of Frostgrave: Perilous Dark that can be downloaded directly from that link. You’ll have to improvise miniatures, but there’s downloadable minis and even tips on how to use LEGO as a stand-in.

Lastly, there’s a friendly Facebook Frostgrave community to ask if you get stuck on the rules.

If you’re an experienced Frostgrave player what tips would you give to people stuck inside and tempted to experiment with this freebie? 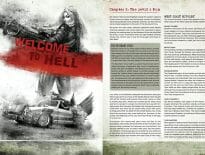 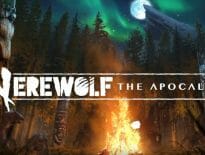