You are here: Home / Games / Tabletop & RPGs / Fandom gives us a look inside Cortex Prime

The company that runs D&D Beyond bought themselves an RPG system of their very own. Not just any RPG system, either, but one that had been used to power the Firefly RPG, Battlestar Galactica and ever an RPG based on the TV series Supernatural.

There have been complications, though. The Kickstarter to deliver the next edition of the system, Cortex Prime, is two years behind schedule.

Last night, Adam Bradford, co-founder of D&D Beyond and VP of Tabletop Gaming at Fandom, shared a look at the nearly finished Cortex Prime.

The page comes from the Prime Game Handbook and from near the start. It introduces the idea that Cortex games need to find a setting and that there are pre-made settings in the book. On the other side, there’s a How to Use This Book introduction.

Bradford says Cortex Prime will be one of the most beautiful RPG products ever released. It does look good! There are three different and full-colour illustrations on just those two pages.

Once the books are shipped, Fandom will be making it easy for other creators to produce content for Cortex. The Cortex Creator Studio has already been announced and as well as allowing third-party sales, it is likely to leverage Fandom’s impressive family of websites to promote an online store.

Are you a Cortex Prime backer? Do you think the final product will be worth the wait?

Fandom gives us a look inside Cortex Prime 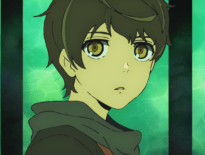 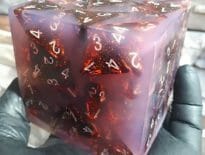 Geek Stuff Take 80d4 piercing damage in your shower
💰 Copper Coins 💰 Geek Native is an affiliate and may earn commission on purchases you make from third-party sites.
🍪 Privacy & Cookies 🍪 The site uses cookies to survive. By accessing the site, you agree to use your browser to control cookie use or take 1d4-3 privacy damage (tracking). If you defeat cookies via ad blocking, please consider the Patreon. An intro to cookies, and how to control them, can be found here.
I Manage Cookies