I’m lucky that I usually get to enjoy a weekly face-to-face tabletop gaming session. As a result, I’ve no practice with virtual tabletops.

However, for reasons I can’t quite remember, I went big and backed Fantasy Grounds moving to Unity. Perhaps I’ll get some use of it now!

In mixed news, Fantasy Grounds Unity is now open for beta and early access. I actually installed a version of the software months ago … and got no further. I should try again.

Fantasy Grounds say the new FGU is pretty playable in the current state and so they’re going to start selling the product. You can start a new subscription, or get a license for FGU for your group.

However, SmiteWorks is going to need a little longer to get all the features working. Linux is more significantly behind, and it looks like they’ve run into key difficulties with Steam. Keys, of course, being that code token that proves you’ve already bought the software once.

If you’re tempted by this Roll20 alternative, a software-based platform rather than a browser-based one like Astral, then there are discounts available until the official launch.

You can check out the Fantasy Grounds Unity details here. 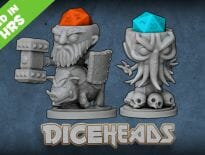 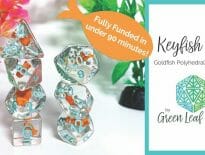