Well now. I don’t need any more dice, but this Kickstarter campaign from Leah Frampton is a temptation.

Initially inspired by Xanathar’s pest goldish Sylgar, but then adopted by Critters and Marisha Ray’s Keyleth character, the Keyfish has found critical success. The project asked for CA$ 15,000, and with, at the time of writing, 25 days on the clock there’s already more than CA$ 63,000 pledged. You can follow progress on the campaign page.

There’s even a goldfish-inspired D&D one-shot adventure available via the Kickstarter. It’s yours for a CA$ 5 pledge.

The dice unlock at CA$ 15; two d20 and an organza drawstring pouch becoming available at that level. The typical 7-piece gaming set is CA$ 28 (about £17), that also comes with an organza.

Plenty of backers have bought more than one set.

The campaign has some exciting add-ons too such as gaming tokens laser-engraved into wood and travel dice bags. 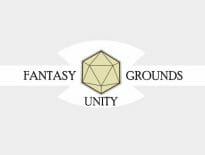 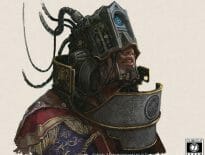