You are here: Home / Geek Stuff / Sites / Fantasy Grounds ports over to Unity

Computer games like Gwent: The Witcher Card Game, Battletech, Hollow Knight, Pathfinder: Kingmaker and even Pokemon Go make use of the Unity game engine. Now, the virtual tabletop Fantasy Grounds will be joining the list.

The move to Unity feels like good tactics to me. Fantasy Grounds, unlike rivals Roll20 and Astral requires a software install. If that’s the case then why not make it the best possible install technology allows.

Fantasy Grounds has the license to do official Dungeons & Dragons, Pathfinder, Call of Cthulhu, Savage Worlds and other RPGs. More than 130,000 gamers already use it.

The new upgrade will bring in a dynamic line of sight system, the fog of war and map building with painting and tiles. The software upgrades to 64-bit and offers native support of Mac, Linux and Windows PC and animated image effects.

As you would hope; the new Fantasy Grounds is backwards compatible with all existing campaigns and DLC.

There are already 10,000 developer hours invested in the project. That’s four years of real-life work from the team, and it shows in the demo. This does not feel like vapourware.

Fantasy Grounds ports over to Unity 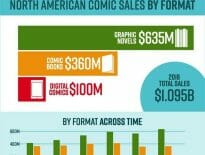 Comics Comic book and graphic novels sales rebound in Nor… 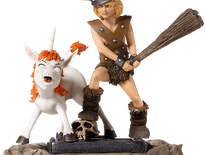