You are here: Home / Games / Tabletop & RPGs / Play a 5e-powered hero based on your real self: Onyx Path launch the Legendlore Kickstarter

Legendlore is a comic book series in which people travel from this world to a fantasy one, become heroes, rescue their kidnapped partners and defeat the dark lord. Onyx Path secured the RPG license, have been working on it ever since and this week launched the Kickstarter.

The project goal is $20,000, and with 27 days still on the clock, at the time of writing, nearly $6,500 have been collected. Onyx Path don’t often do 5e, so this Kickstarter might not appeal to all their usual fans, but might find some new ones. You can follow progress over on the campaign page.

Steffie de Vaan, who you hear in the video pitch, is the designer on the project and Geek Native was able to chat with them back in April. We asked about the expectations or baggage the Legendlore concept might bring, diversity in the game and stories it’ll be able to support. You find Steffie’s answers, and more, in that interview.

A pledge of $25 is what it takes to get the PDF copy of the game. As with Onyx Path projects, you’ll get access to manuscript previews and updates as and when you become a backer, and they become available. However, the PDF isn’t slated until September next year.

$30 gets you the PDF and manuscript update as well as a print-on-demand “at cost” voucher. If you prefer a more traditional hardcover book, then step up to $50, remember postage and packing, and settle on the March 2022 delivery date. That’s the most popular pledge tier so far.

Play a 5e-powered hero based on your real self: Onyx Path launch the Legendlore Kickstarter 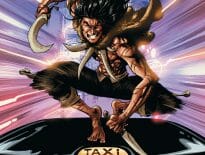 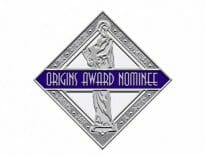