You are here: Home / Geek Stuff / Interviews / Play D&D as yourself in a fantasy world: An interview with Legendlore RPG developer Steffie de Vaan

Last year Onyx Path announced a partnership with Caliber Comics to create and publish a Legendlore RPG. The game will be based on The Realm and Legendlore comic book series in which students are transported from our world to a magical fantasy world filled with adventure.

A Kickstarter is expected for the game this year. Onyx Path Publishing has a solid record running successful Kickstarters and its not uncommon for the game to be all but finished by the time the campaign starts and the funds used for art, layout and other ways to make a good game, great. Geek Native caught up with the game’s developer, Steffie de Vaan, to chat about the project.

How did you end up developing the Legendlore RPG?

I started as author for Onyx Path Publishing five years ago working on both the World and Chronicles of Darkness, and they and I were looking for ways I could grow into a developer’s role. Since I love fantasy, and I play both Pathfinder and DnD 5th Edition, Legendlore made a natural fit. I’m very excited to work on it.

How would you describe Legendlore to tabletop roleplayers reading this article who might not have read any of the comic books?

Remember all those “What would you do if you woke up on Krynn, the World of Greyhawk, or the Forgotten Realms ” discussions you had with your rpg buddies? That’s Legendlore – you Cross into the Realm, and go on grand adventures where you meet orcs and dragons. Crossing does change you into a D&D version of yourself, so you become a Bard, or a Wizard, or a Fighter with actual fighting Feats – just to boost your odds of survival a bit.

How important is it that readers and players of the RPG even know the original Legendlore/The Realm comic book series?

I think if you’re a fan of the comics you’ll definitely like what we do with them. But the RPG covers everything you need to know if you’re new to Legendlore.

What do you think Legendlore can offer that other fantasy games cannot?

Firstly the experience of playing as you. Crossing renders you into a Legendlore-version of yourself so you get to choose a race and class, but you can also drop or add physical features if they clash with your identity.

We’re also making the setting diverse and inclusive to match. We’re also recoding the races to, well, not be racial. Traditionally D&D had some problems with coding light-skinned elves as ‘good and enlightened’ while viewing the antagonist races through a colonial lens. We try not to do that.

Legendlore: The Realm Chronicles begins with four college-age youngsters whisked, by magic, off to a fantasy world. That’s a familiar set up, isn’t it? Do you think that opening brings any baggage with it? Any expectations.

Expectations probably. Baggage no. I can’t begin to count the number of times my RPG friends and I discussed “what would/could I do if I dropped into Khellendros’ lair” and such. I think it’s a pretty universal theme to want to explore.

Turning again to the first episodes in The Realm we’ve got the pretty girls kidnapped (after one of the breaks a nail) and the guys going off to rescue them. I believe Stuart Kerr freely admits to cringing over the broken nail dialogue now but given that your source material is decades old have you had to wrestle with tropes versus the sort of game you want to create?

Caliber Comics graciously allowed us to update the material and make it more inclusive. In the comics Dominic calls Darkoth, the big bad of the setting, a “queer” as an insult. We decided Dom says that out of his own Earth-born bigotry. The people of the Realm don’t care how Darkoth expresses their gender – but they do care that Darkoth tries to subjugate the other nations. We’re also adding heroic queer characters to counter the presence of a queer villain.

What sort of adventures and stories do you hope tabletop gamers will enjoy together thanks to the Legendlore RPG?

Whatever they want to. The setting is very sprawling. The quest home will probably be universal, but there’s a lot to see and do along the way.

What system will the game use?

If you fell through a magical portal and into a high fantasy world what type of character would you become? What adventures would you predict for yourself?

I am a cis white woman, and those are features Legendlore-me also has. I might be a white elf, or a white hairfoot. Probably a hairfoot because I am kinda short. I’m an author, so gonna go with Bard.

I have bad eyes, but I can always see clearly in my dreams – so let’s say Legendlore me has good eyesight. I’d probably still have allergies, which is gonna suck running around in any kind of forest or grassy plain. My first adventure would probably be finding antihistamin, but luckily the nation Ardonia has excellent science and medicine.

I’m running a Legendlore demo at the UK Game Convention this year, so do sign up to join us!

(Geek Native will also be there – AG)

I’m a backer of Exalted 3e so certainly feel that pain. I think, on the whole, while not perfect, OPP still have a good reputation for Kickstarter.

I saw your other Facebook comments too. Just to reassure you this is not a paid for promotion. Geek Native would never do that.

This wasn’t meant to be grilling. This was a fireside chat but Steffie is asked about The Realm’s record with inclusiveness in one of the questions. I had hoped to get the balance right but understand why you might have wanted further, more harshly phrased, questions.

We’ve changed our entire process and development cycle since the Ex3E Kickstarter, largely in part because of how that and some other early projects were delayed. We rarely launch a KS without the entire manuscript being available at least in rough draft form, unlocking chapters throughout the KS so backers can review them. We’ve also changed up printers and fulfillment shippers since then.

Play D&D as yourself in a fantasy world: An interview with Legendlore RPG developer Steffie de Vaan 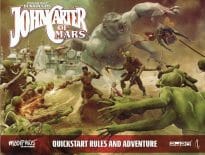 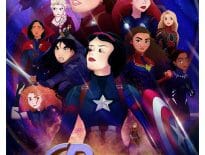