Less than two years after announcing the sci-fi RPG Kadimah, Chaosium is stopping work on the project.

Kadimah, however, will continue. The Ann Arbor-based publisher is giving the project to Chris Spivey of Darker Hue Studios.

Spivey is the designer of Harlem Unbound, which Chaosium also stepped in to help publish more widely after the RPG won ENnie gold in 2018.

Last year, Darker Hue also Kickstarted Haunted West a western RPG that works to show the forgotten faces of that time in American history. More recently, Spivey has also been named as a writer on Modiphius’ Dune RPG.

So while Chaosium wants to lighten their load, it seems as if Darker Hue Studios has plenty to do.

In a blog post that hints at a possible name change for the RPG, Spivey explains why he wants to keep working on the Afro-Judeo setting;

I’ve been working on this project for quite some time and was looking forward to partnering with Chaosium to bring it to life. After months of positive discussion together, it became clear to both of us that the best way forward was to take the journey separately,”

I look forward to publishing this project in the future and I am thrilled Chaosium will continue to lend their support. The science fiction genre is perhaps my all-time favorite, and incorporating African and Jewish elements into the setting and story will reflect the richness of my and my family’s heritage.”

Meanwhile, James Lowder of Chaosium makes it clear why they can’t;

The recent growth in popularity of our core game lines, the acquisitions (or reacquisitions) of 7th Sea and King Arthur Pendragon, and the progress of new ventures such as the upcoming Rivers of London RPG have devoured Chaosium’s development and production bandwidth. It became clear at the start of 2020 that we couldn’t schedule the BRP science fiction project as quickly as we had originally hoped.” 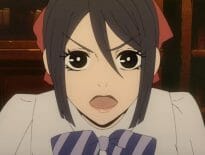 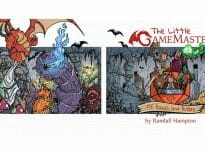