Well, sort of, but the truth is that I became a gamer because I am a sucker for one thing: gripping artwork. Roundabout when my first teen foray into D&D was dying down I moved into collectable card games. I’d played around with Magic but I was beginning to tire of it (anyone still playing who remembers Homelands?) and cast around for a new set of games to play. I stopped dead on White Wolf’s RAGE card game. The artwork blew my tiny twelve-year-old mind, drawing me in.

Soon I realised that this world was a fully developed place, I could meet the characters on the cards and make parts of it mine. I got quite a few things for my thirteenth birthday but the only things I still have 24 years later are my leather skate wallet and my copy of Werewolf: The Apocalypse. Yes, I am too old for a skate wallet. Yes, I was probably too young for that game. But I devoured it and met new artists, some of which are still my favourite artists to this day.

The point being, I had followed the art. I still do today. I wonder how many people have bought RPG’s on the basis of how they looked? The debate on why we create and consume art is too long to go into here, but we can break down our reasons into basically two fields.

‘Motivated Functions’ are the sort of social, aware reason we create art (communication of ideas, the ability to make something in a free non-judgemental space, social questioning, propaganda, entertainment) and the the ‘Non-Motivated’ which are more about the subconscious desire we have as humans (the need to define things we encounter in a way that is harmonious to our worldview, to express our inner selves, to experience the mysterious from a safe vantage).

Looking at both fields, they are true to some extent of RPGs – not only that but of the experience of reading a good RPG book. I wonder if the reason I am drawn to RPG books with good art they that fulfil the needs I have before I have even begun to play the game? I bet I’m not the only one.

A good piece of art can spark an imagination like nothing else, transporting you to another place and time. But how well are we using artwork in our games? What uses for art already exist beyond just looking at a nice cover and hoping you get a group together to play the dang thing in the first place? Well, start talking quietly, paint a little tree in the corner and let’s…..

Get All Bob Ross Up In This Game

So there’s a variety of ways you can incorporate art into your games that I’ve either witnessed over the years or have used. You might have heard of some of them before, I’ve put them in order of relative complexity, so feel free to stroll my mind gallery at your leisure.

Portraits: Quite a lot of GM’s do this, but it worth mentioning because the first time I saw it, I was amazed I hadn’t seen it more often. If you have a screen, you can find and print pictures of NPCs that the players meet and hang them off the screen when they are present. A picture of someone can allow you to hold it up to players, and spared the effort of taking ages describing the common features of the that NPC, you can centre the rest of your description on how an NPC smells or moves while your players digest the image.

Pictur-nitiative: This works well if, like me, you have bad handwriting and are also a visual learner. Have a set of pictures of the Player Characters and then get a few generic bad guy pictures as well more specific ones for encounters/combats you know might be coming up. Then when initiative is rolled, simply arrange the pictures on the table in a line, then everyone can see what’s going on a read the pictures easily. You can also tell at a glance who went last and who goes next, rather than trying to read a scribbled piece of paper. You can also place markers next to the pictures to denote conditions and such, or turn pictures over when people are out of the fight.

Build a backstory: This is completely stolen from the game Everway but using pictures as backstory is a great idea. In that game, players are dealt some picture cards and can choose to keep or discard any of them to represent events in their backstory. Any they discard are replaced, and the players cycle through the deck until they have around five cards that roughly show the character’s backstory. Then they turn the cards over and answer the questions on the back, some of which are unexpected. Now a homegrown version of this can vary wildly, maybe a GM asks a group to bring in four pictures or Dixit cards to their session zero that represent their backstory, and the DM then asks questions about them. But it’s a quick way to create something.

Description school: This is a kind of homework where you look at pictures and start to describe them out loud. You’ll find that you have to think about how to describe a scene or place. Record yourself if you can and Listen back. You’ll start to notice that your DM descriptions have audial ticks like repeated words or things you never talk about, like you missed the weather in a scene. If you like something you described, remember to use the turn of phrase again in your next game.

Artventure building: One of the reasons gamebooks have art isn’t about marketing, honest. It’s about conveying a setting. If a book is well constructed, every image in it should be of the setting and show you what the game is capable of delivering. So, before you plan an adventure, random flick to a few pages of any gamebook tied logically to the material and system you are running. Try to incorporate those the exact pictures your eyes fell on into the game somehow. If you do this literally only once each adventure and add in a bit, you’ll still be a bit closer to the authorial intent of the design team (assuming the art team spoke to the dev team and that this is a well-made game, that is).

Worldbook: World book takes the artventure up to the next level. This one involves taking any art book you have off the shelf and opening it at random pages but intending to create a world. First, open the book three times and assume that these are pictures of historical events in the world, write down what they might be. Second, open the book at an image an assume that this the current status quo of the world, anyone depicted in might be a PC or threat. Thirdly open the book at a random page and thumb forward until you find a settlement, area or location. This is the starting place for the group, maybe a place they can return to and build lives. Then thumb onward until you hit on another location, this one is going to be a site of an adventure or event in your campaign. Finally, look through the book from the back and then the front until you run into two figures you like the look of. These are the two leaders of factions in your world that are in opposition. You’re ready to start writing your first adventure. I did this with a Brom book once and had a game world that was full of floating castles and guarded tomb cities on the ground after a massive horrible war. It’s well worth a try.

Make Your Own: Finally, think about creating your own works of art about your game. Even show them to people. They become mementoes of your world, make it sort of exist and people love that. Even if it’s just a cover for your GM notes, you’ll be surprised how fulfilled it makes you feel.

Next time we are going to switch gears by turning the dials! Did that sentence lack structure? Don’t worry, we will discuss that too…

What tips do you have for getting the most of art and your RPGs? 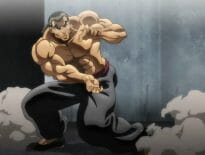 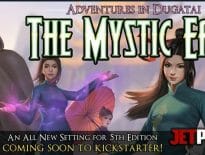