Jetpack 7 has cancelled plans to do Kickstart a 5e setting called “Adventures in Dugatai: The Mystic East”.

The news of the Kickstarter was not well received with many people worrying that the setting riffed entirely off Asian stereotypes and fetishized the culture.

There is an Oriental Adventures book for D&D but the latest edition is 19 years old. We’ve moved on since then.

We now know that Jetpack 7 had hired an Asian consultant who told them they were good to go provided they didn’t use the word “Oriental”.

I’ll admit, I hadn’t clocked to the term as a problem until researching it for this article and now it makes perfect sense. It shows precisely the value of having a cultural consultant in projects.

Jetpack 7 were quick to listen and take on feedback. They decided to drop the phrase “The Mystic East” and continue only with Adventures in Dugatai.

You can read the small company’s open letter here.

We understand now that the apparent mixing of cultures in our marketing material was a problem as well. The top image did not match the lower ones, and this leads to the image of Jetpack7 attempting to make a melting pot of Asian cultures, or an inappropriate “mish-mash”. This is, in fact, not the case. The image at the top of the page was made specifically for Adventures in Dugatai as a promo image, while the others on that page were from past work we produced for L5R TCG. These pieces are not meant to be representative of the book’s art content, only as examples of our previous work. We plan to have distinct fictional cultures in this book, all inspired by real-life cultures, but not carbon copies.

After the open letter, TTRPG designer Joshua Mendenhall stepped forward, explaining that they are the professional referenced in Jetpack 7’s response.

It’s from Joshua that we learn that Jetpack 7 are, in Joshua’s opinion, good people who had bad advice.

Joshua explains that the original cultural consultant was unhelpful.

As it stands now, Adventures in Dugatai is at least paused. Joshua says it’s not happening, which may overwrite Jetpack 7’s previous “not happening as planned”.

Update, 7th March: Jetpack 7 has confirmed the project has definitely been cancelled.

What do you think? Can Asian campaign settings be written by anyone who isn’t Asian? 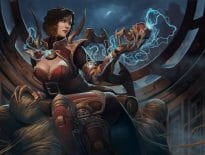 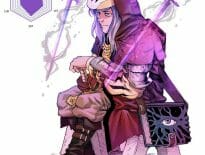