The citizen has become a consumer; and when the consumer is no longer profitable, he is cast away and left out of society” Consumidores y excluidos, Ignacio Lewkowicz, 2004

Megacities have been created to home the rich and desirable. The rest of society is locked outside in the wilds of anarchy and gangs.

A Kickstarter for the PunkApocalyptic RPG was announced last year with D&D writer Robert J. Schwalb at the helm. It was a success and, in a very quick time, has delivered. You can buy the 194-paged PDF from DriveThruRPG today.

Schwalb has recently been working on the Judge Dredd RPG, from EN Publishing, which must have some overlaps with the megacities of 2000 AD and PunkApocalyptic. Perhaps it helped.

We’re warned there is a lot of murder in PunkApocalyptic: The RPG. A notice on DriveThruRPG says;

WARNING: This book uses naughty language, explores adult concepts, and shows a boob or three. For this reason, PunkApocalyptic: The RPG might not be appropriate for everyone and is intended for immature audiences of 16 years and older.

In the RPG, you create mercenary PCs and sometimes fight for people who need your help and other times for scum with money to pay for your skills.

The system is based on Shadow of the Demon Lord, and therefore has a focus on short games and flexible character development. 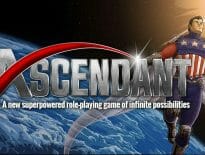 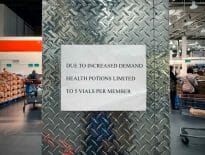