You can now join the Tau’ri and fight back against the Goa’uld while helping Wyvern Gaming test their D&D powered official Stargate RPG.

The closed beta has been running for a while now, but from today all it takes is trip to Stargate The RPG.com, click Play -> Gaming Groups -> Public Beta Playtest Group -> Join Group and you can join in too.

Geek Native interviewed Wyvern Gaming’s CEO Brad Ellis back in October and discussed the game. Why pick D&D for the setting? Ellis explained;

We picked 5th edition as the base for the game for a couple of reasons. One, it was the system we felt the majority of gamers were most familiar, as well as ourselves. Our staff have regular D&D games in this system. Second, we feel like 5th edition has been able to strike that balance between, easy to pick up and play, versus the crunchiness an advanced player likes for depth. Because of the popularity and the standard D&D has become we at Wyvern Gaming feel this fits our “Approachable Games for Everyone” motto.

The official game will be adding a new race to the Stargate mythology; the Aturen.

These Aturen are part of the resistance that operates through Stargate Phoenix, a plot device established in season 6, episode 9 “Allegiance” of the TV show.

Wvyern are also looking for Gatemasters (aka GMs) for Gen Con. The project name gives away clues about plans for the RPG too.

Stargate: Phoenix – A Living RPG Series launches in August, which rather hints at the official play plans for the game, but in the meantime, the publisher needs 30 or so GMs to run 3 three episodes each.

What do you get for helping out? 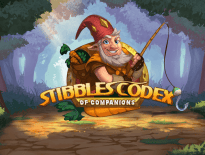 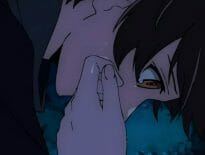