You are here: Home / Games / Tabletop & RPGs / A haunted house for your Dungeon Master’s pocket

The Haunt from Phil Beckwith is an adamantine best-seller at the Dungeon Masters Guild. It turns D&D into a haunted house horror story and it fits in your pocket.

I asked the game’s designer Phil Beckwith to introduce The Haunt in his own words.

The Haunt is really a love letter to old school 80’s horror movies via D&D. In the adventure, players explore the haunted Montarthas Manor as the horrific past of this accursed place can be discovered as they move around manor and learn more and more. It has some very iconic encounters, especially those with a certain slasher style evil doll, which stalks the party though the house, spooking them, taunting them, and eventually attempting to murder them from the shadows. It is the first in a trilogy, because every good horror series needs sequels right?

Attempts to make D&D spooky aren’t rare. If you’ve not tried, then you might be surprised at how hard it is. After all, D&D is a game in which characters are rarely defenceless and often have ways to detect the unnatural. Most races can even see in the dark.

I was curious about that The Haunt might have done differently to find such success, and so asked Phil.

Honestly, I am very humbled by the fact that it has gotten such an awesome response from both DMs and players alike. I think the fact that it has become a bit of a staple for Halloween has helped the book’s success with yearly resurgences. It has earned a bit of a reputation for being actually spooky for players at the table. I also made an effort to give some guidance around how to really set the mood right for running it, with advice around playing certain types of ambient music and playing it by candle light to really set the player on edge and keep the tension up. I really wanted this to be an experience, rather than just another gaming session. Something to remember.

I found The Haunt while looking for adventures to have stored in case of emergencies. If you sometimes have to pull a game out of your arse, it can be helpful to have a pre-written adventure in your back pocket. In this case, I was looking a Phone PDF download.

The use of smartphones at the gaming table can be controversial, but the utility of them is widely acknowledged.

Making The Haunt a phone friendly PDF took a lot of extra effort from Phil Beckwith and so I was keen to know about the functionality of the download.

I think the best thing about the Phone PDF version of the adventure is that is it actually easier to navigate than the other two options available (Physical Book and standard PDF). The reasoning is that the phone PDF is actually very interactive, with the quick navigation buttons. Particularly the map of the manor and how you can simply touch the room on the map and the PDF automatically navigates you to the specific room encounter description. Navigation was first and foremost in my mind when creating the layout for that phone PDF – you have to be able to use it efficiently at the table otherwise what’s the point right?

Running an excellent adventure is not limited to having the right technology. Running a spooky game is especially challenging, and so, before letting Beckwith escape, I asked whether he would give me any tips on how to do it.

Absolutely; lower the lights, play creepy ambient music, have some creepy children’s lullabies ready to drop on the playlist at a moments notice, use candles, have someone (a non-player) bang on the window from outside mid way through the game when the tension is high. Something very useful is to make good use of horror tropes as this can subconsciously activate automatic tension, nothing creeps players out more than a childish giggle from the dark room just beyond sight.

What tips do you have for running a haunted house adventure in Dungeons & Dragons?

Thanks for the chat on this Andrew.
If any readers are interested in this module and the Phone PDF, here is an exclusive 25% discount link:
https://www.dmsguild.com/browse.php?discount=9df09d6803

A haunted house for your Dungeon Master’s pocket 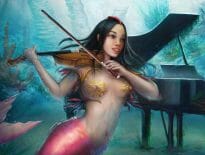 Interviews Surprise your players with an orchestral theme for… 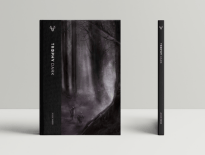