The Gauntlet Gaming Community have a runaway success on their hands with the tabletop RPG Trophy. They asked for $10,000, and with 24 days left on the clock, at the time of writing, they’ve raised more than $70,000. So let’s take a look at what’s so special.

Trophy looks beautiful, inside and out, but it’s also three books, and so people must be tempted to pledge that little bit higher to get them all. Trophy Dark is a one-shot horror, the PCs are doomed treasure hunters in a dangerous forest, Trophy Gold is more traditional dungeon-crawling, and Trophy Loom is a system-agnostic setting guide. You can check out the details over on the campaign page.

Let’s take a look at the pledges as they’re numerous.

$30 gets you a PDF of everything all digital stretch goals. $40 gets you all that plus a hardcover copy of Trophy Dark, or Trophy Gold or Trophy Loom. Pick the right pledge. Most people have gone for Dark and the least Trophy Loom.

$100 gets you all three hardcovers in a limited edition slipcase and the digital goodies. $150 gets you that plus custom dice, tokens and character generation cards.

The Gauntlet Gaming Community are a network of podcasts and a group of gamers. They even have a monthly zine. This is all perfect for Kickstarter projects as the community can reach a broad audience of potential backers, and there is a veritable army of people working on the project. 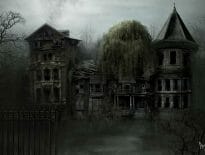 Tabletop & RPGs A haunted house for your Dungeon Master’s po… 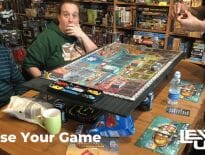