The Gauntlet gaming community, home of Hearts of Wulin and Brindlewood Bay, have put three Trophy flavours on DriveThruRPG.

Trophy is a dark fantasy RPG, a storytelling game that explores psychological horror. It appeals across segments of gamers and is popular and well supported.

There are different flavours of the game;

They’re all now available on DriveThruRPG. The Trophy SRD is also online on the game’s site and is free to read.

Trophy Loom is a system-agnostic setting book for dark medieval fantasy roleplaying games, especially those under the Trophy banner.

Unlike other RPG setting books, you may be familiar with, you will not find detailed historical timelines or accurate city populations in Trophy Loom. Instead, this book consists primarily of random tables you can use to inspire you before or during a game session. These tables contain threads of detail that can be woven into an entire adventure or can be stitched in to fill a gap when you need a name, monster, or location on short notice.

Trophy Gold is a roleplaying game about a group of treasure-hunters entering the haunted and forgotten places of the world.

The game tells the story of the treasure-hunters’ obsessive drive to seek ever greater riches in a desperate bid to stay alive. Trophy Gold takes the collaborative, push-your-luck rules and rolls of its sister game, Trophy Dark, and blends them with the survive-by-your-wits mentality of old-school fantasy games. Instead of the ever-increasing power that comes with levelling up found in other games, treasure-hunters in Trophy Gold remain fragile, meaning death is always just one bad roll away.

Trophy Dark is a roleplaying game about a group of treasure-hunters entering a haunted forest that doesn’t want them there.

The game tells the story of the treasure-hunters’ physical and mental descent as they move deeper and deeper into the dangerous forest. Their journey ultimately brings them to ancient ruins that hold the treasure they seek and the monstrous entities that dwell there. This is not a hopeful story of brave and daring adventurers that slay dragons and drag bags of gold back to town; this is a horror story of entitled pillagers meeting tragic ends. 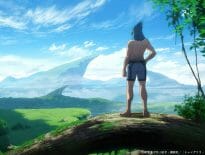 Anime Shangri-La Frontier is the VR fantasy getting bot… 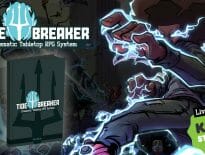