You are here: Home / Games / Tabletop & RPGs / Age of Ambition: A fantasy RPG in era saying farewell to fantasy

Tab Creation’s Age of Ambitions fantasy RPG is set at a time of change. Technology is catching up and changing society. The heroes of the game, the player characters, are at the forefront.

The Kickstarter project is asking for $3,000 and at the time of writing with 26 days still to go there’s over $6,000 pledged. You can join in at the campaign page.

Tab Creations suggests that Age of Ambition is different from other RPGs in that the characters are heroes of social change. They’re inventors and agitators, they’re role isn’t to explore dungeons but act as guides and leaders in a time of change.

The goal is for a hardcover, full-colour and 280-paged book.

It’s a simple pledge model: $20 for the PDF, including stretch goals, $40 for the PDF and hardcover of the rulebook and $100 for the deluxe boxed set.

Age of Ambition: A fantasy RPG in era saying farewell to fantasy 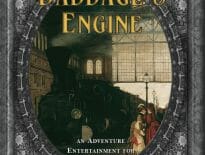 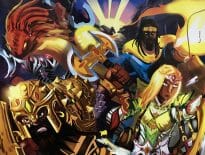