Black Armada is Josh Fox and Becky Annison who are two highly-rated game designers with successes like Lovecraftesque, Flotsam: Adrift Amongst the Stars and Bite Marks in their credits.

Today, the Kickstarter for Last Fleet launched on Kickstarter. They’re asking for £6,500 and raised £1,500 in the opening hour.

The tabletop RPG is one of high tension, and that’s reflected in the mechanics. The last fleet, containing the last of humankind, is fleeing through space.

In the pitch video, Josh Fox even reveals that one of the character classes you can play is that of a sleeper agent who might be working for the enemy. He was kind enough to explain more about that in a guest post called How to play the traitor and still get to be a hero for Geek Native.

You can access a Scorpio preview from the same place.

Black Armada have adopted a kind Kickstarter gesture I first saw in 2019 and like a lot – a hardship tier. That’s to say if you really want the game, but you’re in a bad place financially then you can pledge £10 for a copy of the PDF.

The rest of us can pledge £15 for the same. As of the time of writing, the full price tier is outselling the hardship pledge by a rate of 3:1.

There’s even a hardship tier for the hardback which cost £20. The full price is only £25; for both the PDF and the hardback. 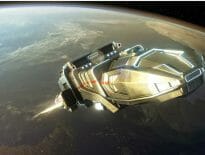 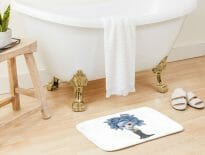