Supplements and accessories for Joseph A. McCullough’s Rangers of Shadow Deep appear in the best selling fantasy RPGs of 2019 as well as the top ten horror lists we’ve been publishing this list. They stand out because the publisher is a person, McCullough, not a publishing company.

Rangers of Shadow Deep is also very much a game of tactical miniatures rather than traditional RPG. In it, you control soldiers exploring the dangers of Shadow Deep as it relentlessly expands and consumes anything that gets in its way. The Rangers find themselves trying to ambush the enemy, rescue innocents and scramble for whatever small victory they might manage.

Do you know who likes both miniature games and RPGs? They are a company that wants to offer its logistical and distribution support to promising-looking games? Our friends; Modiphius.

Despite that, the news that Modiphius has today released a Deluxe Edition of Rangers of Shadow Deep feels to me more surprisingly than inevitable.

I had always assumed Joseph A. McCullough could have pulled the trigger on a partnership deal at any time. If he ever wanted to. So, why now?

There’s also the Frostgrave factor. McCullough other famous game is a fantasy skirmish in which wizards battle their way through the ruins of an ancient city to get their hands on the ancient treasure.

Frostgrave is published by Osprey Publishing, and they’re part of Bloomsbury.

Osprey Publishing released their first two traditional tabletop RPGs this year and when I talked to the head of publishing there, Philip Smith, and asked which of their current games might make excellent RPGs; he mentioned Frostgrave.

What’s in the Deluxe Edition of Rangers of Shadow Deep?

There’s a new layout with art from Barret Stanley, and the core rules have been updated to include the character generation rules from Temple of Madness.

You can play co-operative or solo, as with the usual game, and there are new challenge levels for when you’re playing with 3 or 4 Rangers if you want more difficulty.

The Deluxe Edition includes the first supplement for Rangers of Shadow Deep, an expansion called “Burning Light” in which the Rangers much each a ruined convent to look for an ancient artefact. 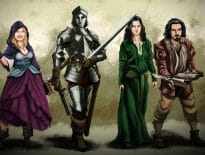 Tabletop & RPGs Can the Dungeon Master have a player character? 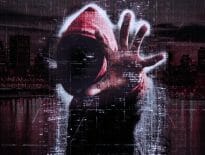