As the end of the year approaches, Geek Native has been looking at DriveThruRPG data to see which RPGs published this year have sold the best. Who are the hero games of the year?

… and who are the scary monsters?

In the list below you’ll find the top ten best selling horror RPGs, published this year, sold on DriveThruRPG.

We saw a science-fantasy RPG in the form of Shadowrun take the top fantasy slot this year. Now we’ve seen a science-horror in the posthuman Eclipse Phase Second Edition.

Have gamers been thinking about the future this year?

How much should you pay for a best selling horror RPG?

This set of ten horror games, compared to the charts we’ve seen earlier this week, are all similarly priced. The average is $16.74 and that compares to Monster of the Week: Tome of Mysteries at $12 and four different games at $19.99.

Three of these publishers managed to make the list two years in a row. In 2018, Joseph A McCullough came 4th with the core Rangers of Shadow Deep game, Onyx Path’s highest place was 5th with V20 Beckett’s Jyhad Diary and Evil Hat managed 10th with another Monster of the Week.

This year, only one publisher manages to get two products into the top then. Congratulations to Joseph A McCullough!

The best selling horror RPGs of 2019 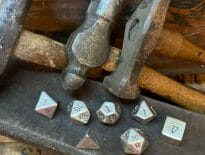 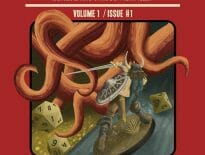