You are here: Home / Games / Tabletop & RPGs / The other best selling fantasy RPGs of 2019

Once again, Dungeons & Dragons reigned supreme in the world of fantasy RPGs, and RPGs in general.

Pathfinder, a fantasy RPG which has beaten D&D to the top spot previously, launched its second edition and had a transitional year.

This year, the top ten best selling other fantasy RPGs require a little more discussion. Firstly, it’s the game publishers themselves that classify whether their game is fantasy, sci-fi, horror or one of the other genres DriveThruRPG’s marketplace highlights. Games can be in more than one genre category too.

Secondly, fantasy is a pretty broad theme. By most definitions, fantasy is a genre that uses magic or the supernatural as the main plot element, theme or setting.

With that in mind, we can reveal that Catalyst Game Lab’s Shadowrun, Sixth World Core Rulebook is the best selling “other fantasy” RPG of the year, according to DriveThruRPG.

There is magic in Shadowrun. That’s one of the reasons the image illustrating this post is Hoang Dai Tri’s Shadowrun Shaman Malila Concept. That’s a Shadowrun character that could easily have come out of a more “medieval” fantasy game. It just so happens that there are guns in Shadowrun too.

Best selling “other” fantasy RPGs of 2019

This data is from 1st Jan to 13th Dec and is kindly provided by DriveThruRPG. Neither Pathfinder nor D&D core sells through that platform.

What does this say about the hobby? Is D&D so dominant that other RPGs need to find their own niches and significantly different settings to compete?

The best selling other fantasy RPG is a future fantasy, the second-placed game is an urban fantasy and the $99 priced Invisible Sun, in third place, is described by Monte Cook Games as a surreal fantasy.

How much should you pay for a best selling fantasy RPG?

This year we are using the lowest price that the PDF is available on at DriveThruRPG. This is the price in red. That’s not to say we’re using sales prices, but some publishers enter games at their physical product price tag and then use the discount feature to indicate how much you’re saving if you buy the PDF.

The average price of other fantasy RPGs in DriveThruRPG’s top ten is $27.64. Invisible Sun, of course, drags that up. The median price is $19.99.

Only three publishers who appeared in the chart in 2018 appear again in 2019. They are Cubicle 7 for Warhammer, Fantasy Flight Games who had a top-three success with Genesys when it was classified as fantasy last year and Joseph A. McCullough with the Rangers of Shadow Deep.

Only two publishers make the 2019 list more than once; Catalyst Game Labs gets two Shadowrun products in the top 10, and Onyx Path Publishing appears an impressive three times.

Update: DriveThruRPG has clarified that this list only includes fantasy RPGs released in 2019.

What do you make of the results? Do you count Shadowrun and Changeling as fantasy? Or do you suggest the publishers have mislabeled their games?

Is this based on money made or copies sold? Because my own game Knave sold at least twice as many copies as these did (judging by the medal ranking).

Yes, I believe so! I don’t have absolute numbers but I do have raw exports of relative positions.

Did you tag Knave so that it would be classified as fantasy?

I’ll happily check back with DTRPG for you.

Mystery solved. I queried DriveThruRPG for you and they’ve clarified the data. This list is only of products released in 2019.

That’s a pretty huge clarification! I’ve made that clear on the blog and added a big update notice to it as the data is misleading without it.

99$ for a PDF? people have to be smoking crack. No possible way a PDF is worth that kind of cash. That’s a pathetic joke.

The other best selling fantasy RPGs of 2019 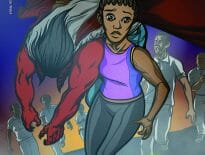 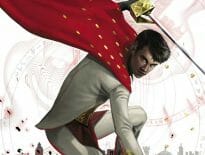 Comics A look inside: The Steel Prince: Night of Knives
wpDiscuzComment Author Info
Manage Cookie Consent
This site uses cookies 🍪, and links are ads that may earn bloggers some money 💰, and with this alert, I very much hope that these dark truths 🧌 are acknowledged.
Manage options Manage services Manage vendors Read more about these purposes
Preferences
{title} {title} {title}
Loading Comments...