As the year wraps up, Geek Native and DriveThruRPG have been looking back at the RPGs, supplements and accessories published this year. Which sold the best?

In this article, we’re looking at games that the publisher described as “modern” in genre. Now, we might have a good idea of what’s to come because we saw science-fantasy and urban-fantasy in the ‘Other’ fantasy best-sellers list and we’ve already looked at horror.

These are the top ten selling modern genre RPGs, supplements and accessories published this year at DriveThruRPG.

Wow. The list is dominated by two companies. Catalyst Game Labs have the top position with Shadowrun and two other entries. If it wasn’t for Carbon 2185 sneaking in at position number nine, Onyx Path Publishing would have every other slot.

How much should you pay for a best selling modern RPG?

These prices are for the lowest cost option at DTRPG, which generally means the PDF. We’ve tried to take temporary sales out but if a publisher is marking a PDF as ‘discounted’ to compare it to the physical books, then we use that price.

Quite plainly, Onyx Path Publishing is a powerhouse in this genre.

Is this new? Not at all, it was the same story in 2018 with 6 RPGs in the chart. Not that you can strictly compare the two; this year we’re only looking at new releases. 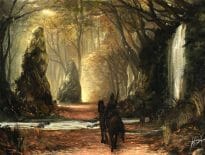 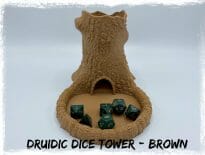