You are here: Home / Games / Tabletop & RPGs / The Expanse RPG gets its first official campaign

Abzu’s Bounty has been sent to Kickstarter backers, physical copies were available at PAX, and now the rest of us can buy the AGE system powered adventure from DriveThruRPG.

The 128-paged adventure costs $18.95 as a downloadable PDF and is made from an impressively large six full scenarios.

The scenarios are set in the early days of the Expanse novels (Levianthan’s Wake and Caliban’s War) and has characters onboard an ice hauler that has been collecting from the rings of Saturn.

The crew discovers something in the ice and quickly find themselves caught up in a conspiracy.

There’s a host of author credits on the book; Kate Baker, Crystal Frasier, Steve Kenson, Ian Lemke, Will Sobel, and Nicole Winchester. Ian Lemke, the line manager for The Expanse, notes that while the book is full of NPCs and locations suitable for Abzu’s Bounty that most of them could easily be part of your own, handwritten, The Expanse scenarios.

The Expanse RPG gets its first official campaign 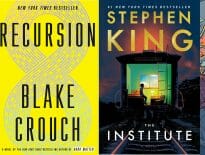 Books These are the best geeky reads of 2019 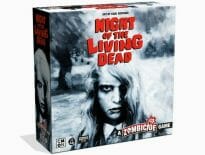