As reported in April there’s a new Blade Runner comic book series due out next week.

Issue one is good.

Written by Michael Green and Mike Johnson, the comic is illustrated by Andres Guinaldo, coloured by Marco Lesko and lettered by Jim Campbell. It’s a team that works well.

Guinaldo has sculpted visuals that are pure Blade Runner, and Lesko has that unique juxtaposition of bright neon as a flickering beacon of hope against the grim failure of civilization.

It’s real and unreal at the same time.

I think the opening scene personifies that conflict. This is the scene that sets up our Blade Runner, Aahna Ashina, or Ash as her colleagues call her. We learn quickly that she’s good at her job but brutal and corrupt. She’s skimming parts from the Replicants she deals with.

Let’s take a minute to study that. Our Blade Runner is not just a bounty hunter. She’s a ghoul.

I suppose that’s the point of Blade Runner through the ages. It’s a perfectly normal reaction to dive into the genre and come out gasping for air and wondering; are we the baddies?

Humankind does not treat the Replicants kindly. This is a point that Blade Runner 2019 stabs you in the eyeballs with and there’s no unseeing it.

After that attention grabber, the rest of issue one settles down into rather more tried and tested storylines. Ash, whether she’s morally good or not, is certainly good at being a Blade Runner. It’s a shame that her boss is forcing her into a missing’s person case. The wife and kid of a rich megacorp guy have gone missing.

Perhaps it was wise to return back to more familiar roads at this point. Grisly bounty hunter forced to turn their talents into looking for a missing kid – who I’m sure will turn out to be a darling – is a story we know. Except there is a foreshadowing of some hugely significant twists. Twists even that the reader might not expect. Hints that Ash will have to face more than investigation challenges and mortal threat. She might have to think about what’s the right thing to do and what’s the wrong one.

The perk of any investigation is that it comes with a tour. We follow Ash as she begins her search for the missing family, and this means a wander around the grim future the genre predicts for you and me. It’s a future that doesn’t seem very far off at times. After all; this is Blade Runner 2019.

The final twist takes us back to Ash and what it means to be human. Are we so different from the Replicants? Is that why we hate them and relate to them in equal measure?

Are you tracking this as well as the growing number of cyberpunk RPGs due out? Which are you most looking forward too? 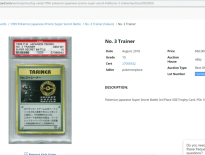 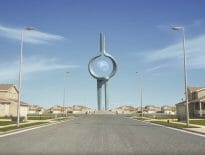