The indie publisher in the spotlight for November is Dias Ex Machina, and this is a story of sex machines and a betrayal that hurt the very heart of Wizards of the Coast.

Who are Dias Ex Machina Games?

Dias Ex Machina is Chris Tavares Dias – although he’s quick to thank artist Nick Greenwood for being at his side from day one.

The company was to be called Slipstream Entertainment, but Chris was persuaded to go with Dias Ex Machina instead, a joke on his name and the phrase Deus Ex Machina.

Clever? Perhaps, but put the words together for diasexmachina then company firewalls and email filters see ‘dia sex machina’, and there’s the problem of people not being able to access the site from their work.

Oh, and Jerry Holkins from Penny Arcade is a fan. That’s a claim to fame!

Dias’ magnum opus is a game called Amethyst. It’s a campaign setting where fantasy races like dragons, elves and fairies suddenly appear in the ‘real world’.

Amethyst was first published for D&D 3.5 and then for D&D 4e. In fact, Dias Ex Machina was (probably) the first publisher to sign the 4E GSL (the Game System License). D&D 5e players will know all about the open license Wizards of the Coast now use to let people create supporting material for Dungeons & Dragons and even sell it, within limits.

The game was a success and was even picked up by Goodman Games who published it for a few years. Finally, in 2011 Dias wrote a frustrated open letter to Wizards of the Coast pleading for better support for third-party publishers like himself.

There was even a version of Amethyst made for Pathfinder. By then, Pathfinder had beaten D&D 4e into second place, and Paizo’s fantasy RPG was the best selling set of rules in the industry.

Then D&D 5e happened and Dias was quick to launch a Kickstarter for Amethyst 5e. There was a problem that puzzled people, though. D&D 5e launched without a legal way for third-party publishers to use the rules in their games. There was neither System Reference Document (SRD) or Open Gaming License (OGL) for the game.

Dias was either taking a huge risk that might destroy his company or – as many people wondered – did the man who had been first to adopt the 4e license and defend it so passionately know something no one else did?

You can imagine the barrage of questions and curiosity that came from the D&D community!

In the end, Dias confided to an owner of a hugely popular RPG news site. Off the record, he confirmed that a key person at the heart of Wizards of the Coast had told him about plans for 5e’ Open Gaming License.

The confession backfired, the secret betrayed, and Dias’ confidential insider involvement was published on the news site.

Dungeons & Dragons 5E OGL became a thing three years later. You can check out the thousands of products that use it over at the DM’s Guild.

Betrayal hurts, and as a nasty kicker for Dias – despite apologies – his relationship with his former ally in Wizards of the Coast soured. They never spoke again.

[Note from Andrew @ Geek Native – This is Chris’ story, it’s Dias Ex Machina Games in the Publisher Spotlight this month, and so I’m redacting names and retelling the tale as told to me. I haven’t reached out to the other individuals involved, but it is safe to say they’ll have their own point of view on what happened.]

The return of Amethyst

We are likely to see more Amethyst from Dias in 2020. I spoke to Dias about the literal evolution of the game.

After the release of Amethyst Evolution in 2011, I wanted to prove to people that 4E could work for multiple genres (despite accusations that it was a stiff, unmodifiable system). So, I released Ultramodern4, which became a big seller for us. After the 5E OGL went live, I released Amethyst Quintessence for 5E, which became a hot seller. Since Ultramodern4 was basically Amethyst without the setting (just the sci-fi rules), I decided to do the same for Quintessence, stripping out all the setting, enhancing the rules, and releasing Ultramodern5.

It had no production budget because all the artwork carried over from the previous book. It earned its Copper badge on DriveThruRPG in a day, Electrum in a week, and hit Gold by the end of the month. It was our first, and still only, Platinum badge title, as well as being one of only 129 Mithral badge titles on the site, which it earned only a few months ago. It has outsold all other DEM titles combined. It was insane not return to that after my Amethyst Kickstarter finally ended in April of this year. Ultramodern5 REDUX launched in May with hopes to not repeat my mistakes made with Amethyst. Instead, I made all new mistakes, but we are chugging along at a smooth clip. It crossed $100K CDN, allowing me to quit my job and write full time. When I tell locals what I did and how I made out, their minds kind of explode. Once Ultramodern5 is finished, I plan to return to Amethyst sometime in 2020.

Over at DriveThruRPG we can see what Dias Ex Machina Games most recent publications are.

Are you a Dias Ex Machina Games fan? Let us know why you like them. 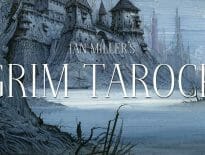 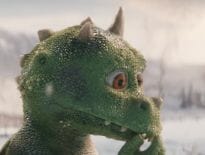