Ian Miller is an artist known for his etched gothic and macabre illustrations. You’ll see his work on the covers of H.P. Lovecraft boos, in Fighting Fantasy gamebooks as well as in Ralph Bakshi’s film Wizards.

Brass Monkey Games, who usually make miniatures, are running a Kickstarter to fund the official Ian Miller deck of Tarot cards and it is going well. The campaign has earned the “Project We Love” tag from Kickstarter staff and, at the time of writing, as 12 days on the clock. You can pledge or check out more art at the campaign page.

The Kickstarter is a straight forward decision. The limited editions have sold out, and all that’s left are £15 pledges for the 78-card “The Grim Tarock” deck.

May 2020, is listed as the expected delivery.

The cards ooze Ian Miller, are in colour and maximise art while reducing the tarot markets to the bare minimum.

The campaign is fast approaching the £10,000 mark and if it gets there than a bonus card, Ace of Chaos unlocks. I don’t actually remember that from any tarot I’m familiar with, but I’m sure it’s there for a reason. 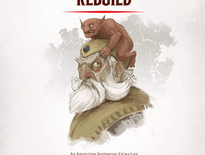 Tabletop & RPGs Wizards of the Coast’s release a charity D&#… 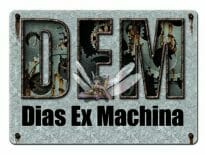