You are here: Home / Geek Stuff / Using fictional violence to enhance your roleplaying

Your character kills a kidnapper and saves a child. Do you roleplay the effect that killing has on your player character? And have you considered how your PC prepared himself to take a life? Answer just one or two of these questions and you can deepen your roleplaying enjoyment as well as provide your gamemaster with ideas for future adventures.

Natasha Romanova in the Avengers movies is motivated to pay for the red in her ledger. She has killed a lot of people and now she wants to atone. If she was a PC in a roleplaying game, her attempt to retrieve the soul stone might be an adventure her player helped inspire. Fictional violence can be used to develop and motivate a PC.

Here are two aspects to consider. The first is how did your PC prepare herself to take a life in the first place? The second is how does she respond when she finally has to take a human life? In modern settings these possibilities may apply to academics, cops, criminals, mercenaries, soldiers, and spies but can easily be applied to fantasy games. First up are reasons your PC is willing to kill.

Big Damn Hero: A default of many RPGs, your PC fights on the side of right. If that means taking a life so be it and any after effects are downplayed. A perfect approach if you don’t want to get too bogged down with this aspect of your character.

Forced By Circumstance: The violence of others compels you to act. You didn’t start this war but you are damn well going to finish it. They drew first blood. Academics and criminals may use this justification and a soldier who was drafted may also feel this way.

Fell Back on Training: You never made a conscious decision to kill. But when the time came you fell back on training and muscle memory. The other guy is dead and you’re not. You likely need to figure out how your PC deals with this decision, because while he trained for the act he may not have mentally prepared for the consequences that follow.

You’ve Killed Someone Before, Right?: You were drawn into conflict without quite knowing how you got there. Someone bad tried to hurt someone good and you killed the bad guy. You just don’t want anyone to know this is your first time killing someone and that it freaks you out a little. Think Jack Burton in Big Trouble in Little China.

It’s Just Business: You kill because it is your job. Or to get paid. Many criminals and mercs think this way as do some who work government jobs that deal with violence.

Protecting the Family: It’s us versus them. You are part of an organization. Everyone in the org is your family and anyone outside trying to harm your family is the enemy. Many criminals and mercs think this way, but nearly any PC may find this justification appealing.

It Is My Duty: Someone high above your pay grade told you that these guys are bad and you need to stop them. Kill them if necessary. Do it for your country or for your fellow citizens. Cops, soldiers, and spies may find killing easier if they do it for their country and her people.

Sheepdog: The world is full of sheep, wolves that prey on them, and sheepdogs that protect the sheep. You’re a sheepdog and any wolf looking to harm an innocent has to be stopped. Cops and soldiers are most likely to think this way, although some mercs and spies might too. A merc or spy may find their sense of protectiveness clashing with the realities of their job requirements at times.

You Hate It But You’re Good At It: You’re one of the few willing to kill and good enough to get it done. You may discover a talent for winning violent conflict and whether you like it or not you are going to put it to good use. A soldier may find herself feeling this way.

You Like It: You may find this hard to admit to yourself and even if you do you likely don’t want to tell anyone else. You like to fight even if it leads to killing. It could be a rush, you could be good at it, or it might be thrilling. You likely make normal people uncomfortable even if they aren’t quite sure why. John Carter of Mars and his fighting smile might fit in here.

You Need It: You aren’t good an anything else. Or you may feel compelled to lash out. Again, you likely make the normals nervous.

You’ve figured out how your PC rationalizes the need to take a human life. But what happens when they step across that line and actually do it? The list starts with a default option and moves on to options some healthy and others that are less than ideal.

Part of Doing Business: A fictional response for players who don’t want to deal with real world repercussions in their fictional gaming. Your PC simply accepts the need to kill as the price of being an adventurer and moves on, with no negative outcomes being roleplayed. Conan the barbarian operates here.

Penance: You accept your guilt and stress, work on talking it out, but that isn’t all. You also work to help others and help them process any trauma they’ve experienced. Faramir in The Return of the King has killed enemy soldiers and wonders why. He decides to let Frodo go despite his orders and the consequences that follow.

Grieve and Talk It Out: You killed someone and you regret you had to do it. You’re going to have nightmares and you decide to talk it out with someone or a support group. Steve Rogers and Sam Wilson.

Work it Out: You process the stress and trauma through activity, the more physical the better. Steve Rogers uses this one as well.

Shift the Blame: It was someone else’s fault not yours. You focus your negative feelings on an us versus them mentality which could range from mild distrust to seeing everyone else as the enemy.

Over Indulge: You push down the feelings and overcompensate elsewhere. Overeating, drinking too much, or drugs are how you try to cope. Results can range from a minor trait to something that starts to define your character.

Push it Down: You won’t think about it. But it comes out later through anger or other anti-social behaviors.

Lash Out: You keep finding someone to fight. You might pursue revenge or simply keep volunteering so you don’t have to stop the conflict and think too much about how it makes you feel. The Punisher takes this route.

If you’re playing in an RPG that doesn’t normally include these ideas talk with your GM about you adding one or two of them and roleplaying to see what happens. Your GM might be willing to weave one of your ideas into an upcoming adventure and you can see in what new directions this takes your PC. If your whole group enjoys the results you may see other players giving one of these concepts a try as your entire group experience is enhanced and improved leading to more fun and exciting adventures. 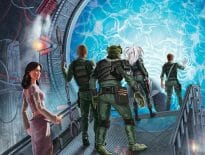 Tabletop & RPGs Why pick D&D for the Stargate RPG? An intervi… 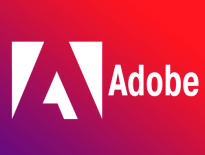