There’s a 40-page preview of the game that’s free to download or check out online.

I took the chance this week to ask Myler some quick questions about the setting. Is it all swords and sandals?

For readers who missed Geek Native’s coverage of Vast Kaviya’s Kickstarter, could you introduce the setting to us? What is Vast Kaviya?

An immense world of primordial sword and sorcery, low magic, and high adventure for D&D 5E! It’s filled with more than a dozen new dinosaurs (and plenty of other monsters among over 100 new statblocks), 21 warlords with unique (mapped) regions, class archetypes and races ideal for a more primitive take on gaming, and a pronounced lack of technology. Think Fire & Ice or Conan and you’re in the right headspace.

Also there’s a preview PDF available on the project page for folks to dig into with over a dozen monsters and other materials that the design team voted as most emblematic of Vast Kaviya.

I caught a bit of a podcast where you said there would be no point in having a map for Vast Kaviya. Did I hear correctly? Is it unmappable? Mappable by region?

It’d be crazy to make a map of the entire planet—it’d be like the Bayeux Tapestry! Take your pinky finger, put it up on your computer monitor, and imagine there’s a circle or sphere taking up the whole screen. Your fingernail is about the size of the North American continent if it were on Vast Kaviya.

That said it is mappable and that’s actually a big part of a game set there. Chapter 3 of the book details Exploration Rules for an adventuring party to procedurally generate their own area of Vast Kaviya through gameplay, the GM rolling new regions, threats, and resources whenever the PCs reach an unexplored territory. The book’s example of the exploration rules in play can be seen here.

Is the goal of the campaign setting for an adventuring group of loincloth clad muscled barbarians to stomp around, defeat all the named warlords and hear the lamentations of their women?

That is certainly a very valid approach! I think what’s not always captured by the epic Conan stories (which this book definitely encourages) is the sense of wonder and discovery inherent to Vast Kaviya games.

One of the reasons the world is so enormous is to facilitate that sense of astonishment, fostering a source of endless possibilities to inspire awe from the group.

The adventure in the back of the book (Scorpion Sea Temple) is more geared in that direction, with PCs that have not yet ventured far from their village suddenly tasked with reaching the edge of their tribe’s knowledge to save captives, return stolen harvests, and keep the settlement from collapsing. It’s our hope that it serves as a good basis for Conan-like sagas—spending years pushing a giant mill wheel makes for a better montage than it does tabletop campaign. ;)

Can you talk us through one of your favourite new classes? What do they add to the setting?

The player options chapter mostly has class archetypes but there are two full classes: the gemini and monster tamer.

While I love the duality worked throughout the former, the latter is such a perfect fit for primordial campaigns it has to be my favorite.

Want to control a beast? There are two options for you now. What about a beast with a CR of 2 or even higher? Or a monstrosity instead? How about an ooze? Welcome to monster taming! The class opens up the possibilities for creatures in the party and in terms of design it provides a novel, frankly much more exciting way to be a tank than otherwise.

These two classes are also some of the most playtested material in the book, benefiting from first appearing in the EN5ider Patreon (which relinquishes the rights of a writer’s words back 1 year after publication). More on the gemini here and monster tamer here.

Your crowd-founder launched on Indiegogo in the middle of a Kickstarter drama about their lack of Union support. Is that deliberate?

A member of the design team brought the recent union-breaking behavior at Kickstarter to my attention and asked if we should move the project to another platform (I had the project page all set up over there and ready to go).

It’s not unusual for management to have a bad, knee-jerk reaction to workers organizing themselves and that’s something that can be corrected, so initially I said probably not—but then I did some more reading, and found out why the workers were organizing and wanted more of a voice in the company’s decisions. Kickstarter management made a horrendous decision to temporarily pull a project (a satire comic called Always Punch Nazis) because of a Breitbart article (against the considerations of their employees whose entire job is vetting projects), and in doing so as far as I’m concerned placated to nazis, even if they ultimately changed their minds and restored it.

The design team talked it through and it was decided we’d make the move, so now Vast Kaviya is being funded through GameOnTabletop and in future I’ll be using other crowdfunding platforms for my projects (at least until everyone currently involved with Kickstarter’s management is no longer with the company).

It’s important to note that as of this writing (October 22nd) the employees of Kickstarter do not want anyone to boycott the company, and if this wasn’t rooted with their management appeasing nazis I would not have switched platforms. 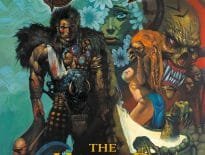 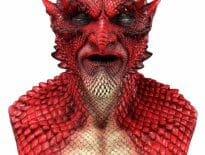