It feels like only last week when I was saying that Wizards of the Coast seem to be increasing their Unearthed Arcana playtesting. It wasn’t last week; it was the week before with new options for Wizards, Druids and Clerics.

Today, Unearthed Arcana adds a bit of magic to the Fighter class with the Rune Knight, a bit of wyld to the Ranger with the Swarmkeeper and a touch of the afterlife to the Rogue with the Revived.

You can access the new playtest character archetypes from Wizards.com.

Rune Knights are Fighters who have found a way to harness the supernatural power of the runes and use it to boost their fighting. At third level, they get access to Rune Magic.

If the idea of runes, Vikings and D&D going together appeals to you, then you might want to check out the third-party 5e campaign setting Svilland.

Swarmkeepers, a Ranger archetype, have a connection to the world around them which allows them to gather a host of swarming beasts; insects, birds or even squids! The swarm is useful in battle but potentially disturbing and disruptive.

At third level, Swarmkeepers get Swarmkeeper magic and can form a mage hand out of the swarm of nature spirits.

The Rogue archetype, The Revived, are those thieves who are starting to remember and benefit from previous lives.

That special connection to death gives third level Revived an advantage against disease and poison, and more significantly, The Revived no longer need to eat, drink, sleep or breathe.

Someone’s going to build a better Coffeelock that doesn’t need to sleep, right? 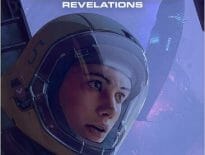 Tabletop & RPGs Modiphius announced a Homeworld RPG based on the 2… 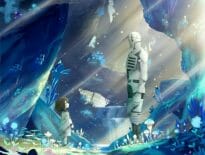 Anime Crunchyroll shows off more In/Spectre and Somali a…
wpDiscuzComment Author Info
Manage Cookie Consent
This site uses cookies 🍪, and links are ads that may earn bloggers some money 💰, and with this alert, I very much hope that these dark truths 🧌 are acknowledged.
Manage options Manage services Manage vendors Read more about these purposes
Preferences
{title} {title} {title}
Loading Comments...