You are here: Home / Games / Tabletop & RPGs / Dungeons and Dragons: What is a Coffeelock?

A “Coffeelock” is a multiclass Sorcerer / Warlock. A Coffeelock is built to use the Flexible Casting rules of the Sorcerer in conjunction with the Pact Magic ability of the Warlock.

Pact Magic To cast one of your warlock spells of 1st level or higher, you must expend a spell slot. You regain all expended spell slots when you finish a short or long rest.

There is no rule in D&D 5e that says you must take a long rest. Therefore a character with Level 2 in Warlock and Level 2 in Sorcerer can regain all their Warlock spell slots after a short rest and then sacrifice them to gain additional sorcery points.

Those sorcery points can then be transformed back into spell slots. The result? Effectively infinite spell slots for the course of an adventure.

If you do this every short rest you take then the number of spell slots your Coffeelock has will simply keep on increasing.

Is the Coffeelock multiclass legal in D&D 5e?

It is, although multiclassing is an optional rule which DMs do not have to use.

The Coffeelock build can quickly overshadow the rest of the group and many DMs rule that chained short rests are the same thing as a long rest. This ruling helps balance characters.

In 2015 Jeremy Crawford confirmed this and agreed that the Sorcerer’s Flexible Casting ability is omnivorous.

Crawford is the lead rules designer of Dungeons & Dragons.

More recently, in August of this year, he spoke on the subject again and suggested ‘one way to read the rules’ was that Pact Magic slots could only be used for Warlock powers. This interpretation would also limit the effectiveness of the Coffeelock.

There is also a cost to this niche trick. While having to avoid Long Rests you will also be unable to recover spell slots over 5th level.

It’s worth noting that the optional book Xanathar’s Guide to Everything has something to say about long rests.

Going Without A Long Rest: A long rest is never mandatory, but going without sleep does have its consequences. If you want to account for the effects of sleep deprivation on characters and creatures, use these rules. Whenever you end a 24-hour period without finishing a long rest, you must succeed on a DC 10 Constitution saving throw or suffer one level of exhaustion. It becomes harder to fight off exhaustion if you stay awake for multiple days. After the first 24 hours, the DC increases by 5 for each consecutive 24-hour period without a long rest. The DC resets to 10 when you finish a long rest.”

These rules, as written, also put a serious block on the Coffeelock’s ability to churn up as many spell slots as they want.

I think this is the best answer. Use the warlock slots to REPLENTISH sorcerer slots but not exceed them. Good call.

Actually, bc this is what flexible casting is made for. You just need a huge amount of unseen servants to idk, do all the small fancy stuff of a theatre show, then you re better of using all your sorcery points to create first level spell slots.
For a level 20 sorcerer that would be 107 sorcery points he can completly get and therefore 57 unseen servants at a time.

I think the better fix, (if you think, you have to fix it,) is to rule, warlock spellslots can’t be used for flexible casting.

Rinse and repeat until the DM kicks you from the group.

A work-around to the exhaustion ruling, one less level in sorcerer, one more in warlock, bean pact of the tome and grab aspect of the moon.

I was thinking the same thing. You could also choose Warforged as the race (assuming it’s legal) as they don’t suffer the penalties of lack of sleep.

That doesn’t prevent exhaustion for never taking a long rest though.

TBF I would debate that the RAI of the aspect of the moon is to negate the necessity of a long rest. Any other interpretation of this ability makes it completely flavor and utterly worthless.

The 8 hours doing light activity in the description IS the long rest, it just lets you get other basic stuff that doesn’t require rolls done during the long rest, or always have a lookout. It is not RAW or RAI that it is no longer a long rest.

You want to homebrew it as such, sure, but seeing as the 8 hours light activity is still required in the text I don’t see what benefit making it not count as a long rest serves other than boosted this specific broken build

Another option is being a divine soul sorcerer or celestial pact warlock and have access to the 2nd level spell (lesser restoration) and just spam that once a day to cure exhaustion. The penalty for failing doesnt go up just the dc.

Actually, lesser restoration can’t cure exhaustion, you’d need level 9 in one of those classes to get greater restoration, and a shit ton of diamonds to keep this up over a long time.

The key word is “additional.” This means that the spells slots created with Font of Magic are separate from the ones you get from Spellcasting. Even if I haven’t used any spell slots, I can still create one with Font of Magic to use instead.

@Quill: It also says “to gain additional sorcery points”, but the immediately preceding paragraph said “You can never have more sorcery points than shown on the table for your level.” Clearly the word “additional” can be interpreted different ways in this context.

The main problem of this Coffeelock in 2 level of warlock (1, if you know how to bypass exhaustion without Aspect of Moon). x level further to use higher spell magic slots, x level further from Tools to deal with stronger enemy. Second, and most important for party, problem: time limit. In AL all have time limit. Sometimes DM forced to use this tools, because he see some players just want to gain some money by doing NPC job. Not deadly quests. And when he says something like “after 3 days bandits will end ritual in ruins with artifact and… Read more »

I know I’m a year late, but I’m going to clarify for any coming in later here.

The difference in the use of additional for sorcery points and spell slots is that the spell slots part doesn’t have the “you can never have more” clause. Which means that you can have more, because nothing says otherwise.

On page 101 of the Player’s Handbook, “SORCERY POINTS
You have 2 sorcery points, and you gain more as you
reach higher leveis. as shown in the Sorcery Points
column of the Sorcerer table. –>You can never have
more sorcery points than shown on the table for your
leveI.<– You regain ali spent sorcery points when you
finish a long rest.”

isn’t Crawford incorrect in saying you can use Pact Magic for divine smite? The books says “Paladin Spell Slot”

Cant only short hest dew to exhaustion? Easy fix! Just take 9 levels in Bard, Cleric, Druid or Artificer and get Greater Restoration!
I present to you, the acidlock!!

You don’t recover spell slots on a short rest, if you did the wizard feature “arcane recovery” redundant.

Wizards can regain a small amount of spell slots on short rests – but that’s limited to once a day and capped by how many levels you put into wizard. Other casters regain only on long rests. Warlock, however, regain all their spell slots on short or long rests – to compensate for having very few slots to work with.

This is a basic class feature, and is written in the 3rd paragraph of this article.

Dungeons and Dragons: What is a Coffeelock? 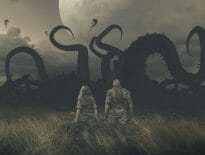 Geek Stuff Research: Should the lead character in your fantas… 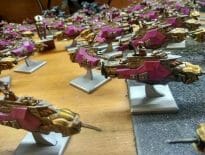