You are here: Home / Games / Tabletop & RPGs / Modiphius announced a Homeworld RPG based on the 20-year-old RTS

Homeworld is a real-time strategy game and was Relic’s first game.

Since then it’s been picked up by Gearbox Software and Blackbird Interactive, who are the developers.

The storyline of the game starts when a race known as the Kushans developer hyperspace gates and, in doing so, trigger an attack by the Taiidan Empire.

The planet of Kharak is destroyed, but in a three-dimensional strategy game, the Kushan mothership can build new craft. This ability allows players to build a fleet, carry over ships from previous levels and reclaim their ancient homeworld.

Homeworld 3 raised over $1.5 million in a crowdfunding project and can now be pre-ordered.

In Modiphius’s tabletop game (or odyssey, as they call it – oookay) players take on the roles of some of the crew on one of the surviving Kushan ships. It might be the Mothership en route to the original Hiigaran homeworld, or something smaller.

The RPG expands on the game’s factions, the Kadesh, Taiidan and others.

Martin Cirulis, one of the game’s original writers, is on board the project as a consultant to help with setting and lore. Both Gearbox and Blackbird are involved as well.

The game will use Modiphiu’s 2d20 system, adapted by Sam Webb and Virginia Page (from Star Trek Adventures). 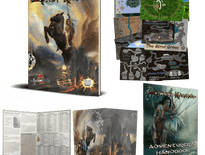 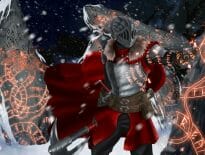