You are here: Home / Games / Tabletop & RPGs / Reclaimer: A game of climate crisis and eco-insurrection

Reclaimer is a Kickstarter project from Chad Walker. He’s the talent behind Sigmata: This Signal Kills Fascists, Bombs & Balaclavas, Airlock and Cryptomancer. He’s good with the zeitgeist.

In the sci-fi Reclaimer, the world is years away from death, the Reclamation is trying to save it, but there are holdouts. Some of the super-rich are building and launching arks to take their elite few to a new planet. The arks are hovering up all the remaining natural resources, adding to the pollution and speeding the planet to its death. In the RPG, characters are members of the Ecotage, the militant vanguard of the Reclamation and opponents of the Arks.

You can follow the Kickstarter campaign from its project page. It’s going well. $14,500 already pledged against a $10,000 target and with three weeks left to run.

There are a few very interesting extra considerations with Reclaimer. First off, Chad Walker will cancel the project if and when the staff trying to create the Kickstarter Union call for a boycott. You can read up about that drama with this report of Evil Hat putting Agon on pause.

Secondly, there will be no Reclaimer paper book. No dead trees. In exchange, the digital format will be awesome. It’s not just going to a PDF, but it’ll be available as an EPUB too (an ebook). It’ll be interactive. It’s not quite there as an RPG phone PDF but will work almost like a website on a desktop or tablet.

Walker’s hired Christian Nommay, the creator of Titan Effect, to do this digital work based off how good Titan Effect looks. Reclaimer has no Kickstarter pitch video, but it does find space for a demonstration of the interactive ability of a Nommay designed digital product.

Given how there are no paper books for Reclaimer; here are some of the pledge tiers that might interest you.

$20 will get you the reclaimer PDF (due October 2020). If the project is funded, 50% of all post-funding profits are shared between the game’s contributors.

$30 is the same, but you get your name in the book, and you’re helping support the economic model Walker would like to see in the gaming industry.

There’s even no shortage of gamers who have gone for the top tier; $100.

Interesting, huh? Gamers are paying more than they needed to, because they would like to, and help support game creators.

Reclaimer: A game of climate crisis and eco-insurrection 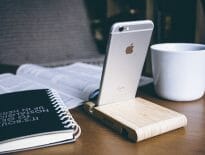 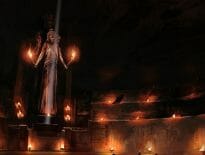