Not content with blowing stuff up last time, now we’re going to level the neighbourhood. Volcanoes erupt in population zones, towering cityblocks set ablaze. Whirlwinds full of sharks coat the skies and people desperately fight to survive. And now I have talked myself into running a D&D version of Towering Inferno.

The Disaster Movie is in an interesting place at the moment. Endlessly popular for long, repeating cycles, it seems that in modern years they have stalled. The reason for this might be to do with the function of disaster movies and its inability to perform that function any more. To understand this and why I can’t watch disaster movies, we’re going to look at the three cycles theory in order to understand how we can run an engaging disaster. But I warn you, the first section of this column ends on a bit of a down note, so strap in.

Three Quakes and a Collapse

When investigating Disaster movies as a sub-genre, Dr. Sibel Celik Norman identified that the popularity of disaster movies was variable. It seemed that they had ‘boom’ periods in which there were a lot of popular releases and then years of almost nothing. Norman managed to categorise most disaster movies into one of three chronological periods. This was the mid to late fifties, 1972-79 and the mid-nineties.

If you know your American history, those first two periods equate with the Korean and Vietnam wars. The last one ties a time of American cultural mistrust of President Clinton as well as a time of early leaps in CGI programming. Norman, in perhaps one of the easiest to believe conclusions cited that disaster movies are popular in times of American unrest.

The why of this is not much more complex. Disaster movies show communities pull together and support each other against a faceless and seemingly unstoppable force. A volcano can’t be reasoned with in the same way war couldn’t be reasoned with. They are both just big ugly forces that destroy things randomly. But disaster movies show the power of solidarity in the face of such a threat. They also place value in the preservation of the family and the value of each individual in the great scheme of things. They are pure Western Conservative value system movies. A place where the self is valued but works as part of a larger whole is a ‘perfect state’ that ties in political values from both sides of the aisle. It creates a dream to believe in, even if that dream is false.

But here’s where it gets interesting. A few years ago, it looked like disaster movies might be making a comeback and then….they didn’t. Many movies based on disasters did awfully at the box office and the desire for them seemed at an all time low. It could be argued that the west is in one of its most turbulent times. So what happened?

Well, there are two answers. The First is that the ‘both sides of the aisle’ I am talking about is fracturing. People are as a whole either moving very deeply to the right that their idea of community is very insular, or moving to the left in a way that rejects conservative notions of The Family and how that concept is defined. Simply put: people no longer believe the myth of people working together in this way as easy, even in the face of disaster.

While this is a sort of sad answer, it also shows that people are move media savvy than they used to be. I also kind of like the idea that people are moving past traditional values that gave them false comfort in the 50’s. It feels like we are more evolved, even if it means that we have tragically jettisoned the idea of one united community as a falsehood, moving it to smaller communes. But brace yourself – because that is the more comforting answer.

The other reason is to do with the changing face of our planet. Once, concealing our fears about politics and war inside climate based disaster was a comforting fantasy. Now the climate IS the fear. Rising water levels, unpredictable weather and unstoppable geological impacts are our reality and I don’t know about anyone else, but watching them up on screen terrifies me. It’s not comforting. It’s too close. We need to dress it up with giant monsters or superheroes or myth because we’re concerned that if we look to closely at a disaster movie, we might find prophecy. We know somewhere in the back of our heads that our children and grandchildren will likely not live out the fullness of their lives before a world levelling disaster finishes society as it stands.

While disasters are more often an event in other games, some games are specifically about disaster or present new ideas about it.

Blackout: A Powered by the Apocalypse game, Blackout’s disaster is man made. You play as women of the Civil’s Defence Force during the 1940’s Blitz. The game does a great job of racketing tension, forging teamwork and delivering powerlessness in the face of insurmountable odds. Played well, it’s a deeply affecting game.

Our Last Best Hope: This is a very on the money as it is essentially written to be a framework for playing out movies like Armageddon. Again, it’s a PBTA game, because the system is very good at simulating tension.

Also, despite it technically not being an RPG, it’s worth looking into Pandemic: Legacy. How that game keeps you invested is a marvel.

So, how do you deliver a disaster that keeps the players entertained and delivers a fun experience? Here’s my advice.

Don’t Give Them Time To Think

Never let up. The disaster happens, track every second if you can. Have a flow chart in your head of how things could get worse, then make the situation collapse every time the players fail a task resolution. Never allow time for healing or resting. An actual countdown clock until the next break is always good, maybe represented by a die the players can see that counts down.

Destroy On A Massive Scale… But Dial It Down To Them.

Destroy whole buildings, confront them with walls of fire. Smash scenery everywhere. But the purpose here is not only to marvel at the level of the disaster but also to show how small they are in the face of it and how that massive disaster has a human cost. Always have the massive stuff affect their personal story.

Disaster movies are about pulling together, you should allow for teamwork to really be effective. Make lots of opportunities for people to work together. Hinder people who don’t take that option. Your playgroup is a kind of odd family, make sure you invoke that link and lean on the characters, challenge them to find connections and form non-traditional family units. Make sure the disaster take place in a location the players care about and you’ll add a level of upturn but give the players a place to fight for.

Deal With The Facelessness

The unstoppable natural force thing is difficult to deal with in an RPG, as the players have no ‘enemy’. You can go two ways with it. Assume that you want to create that feeling and run with it or invent antagonists. These can be beings or corporations or individuals that have started this disaster or maybe it’s people who wish to take advantage of the situation or act selfishly. In some games you can literally give the disaster a face, so think about if you want your players to have a ‘win condition’ or not where they can prevent the disaster by stopping someone.

Even if your players can’t prevent the disaster, they should be able to take small victories: maybe they saved something important, or stopped people dying. You have to show at the end that they turned the tide in some way. So remember that you can’t do what I did in the above section and leave with no uplift. Instead, work to redress the balance and show positives.

I hope that helps you plan a cascading disaster of your own! Now we’ve gone widescreen, next time we’ll get into a tighter focus scale down to see what sub-genre of action we can ‘Thrill’ you with. 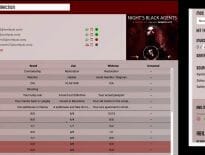 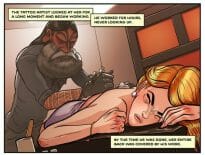