Don’t worry, I’m not one of those people who is busy celebrating Halloween stupidly early.

We’re not going to be talking about horror based work again. At least not yet. While the word ‘Thriller’ has kind of become linked with horror ever since the now-infamous music video, the actual genre is a weird hybrid thing that more resembles an action movie but also has horror elements and, well…. lots of other stuff. It’s the ultimate adaptable genre and re-workings include the serial killer, medical, legal, psychological, espionage, political, journalistic, financial, action, conspiracy, crime, giallo, supernatural and techno thrillers.

Given this confusing selection of influences and variants, it can be quite hard to separate out what pieces of the picture are original to the Thriller genre.

It’s like something is lurking hidden, underneath, ready to come to the fore. If we look for it, will we ever stop being able to know the truth?

Rubicon Moment
A good component of any thriller is its ability to disorientate and overwhelm the audience, usually by beginning with a central mystery or event that might be out of the blue. This usually manifests in a ‘Rubicon moment’ where the hero’s world has been hit with such a different change unexpectedly this creates a problem that the protagonist must deal with. If you were running an RPG, maybe you’d present a case of mistaken identity or a piece of information players can’t un-know. This starts a series of event from which they have no choice but to follow. Even inaction is doing something because this problem has a timescale and then something bad happens.

If you were doing this and writing a column, you’d launch straight into what usually constitutes the last section of your established article format. But I don’t imagine anyone would be so arrogant as to do that.

Well Thought Out Plot
Before you even begin a thriller style game/session/event make sure you have a thorough grasp on what the bad guys are trying to achieve and what counter-measures they have in place to deal with people uncovering what they are doing. A thriller game is built on an escalation of pace through revelations and consequences of sticking your nose into something bigger than you. The plot points and secrets might be falling like rain around the heroes, but it all needs to be built on a framework of a hidden plan. Thrillers are not pulp, they have to work within the reality that is established. Don’t just make this up as you go.

This Time It’s Personal
Think about the characters. For at least one of them, this needs to be personal. Either it’s tied to a backstory, the antagonist hates them in some way or the upset this has caused to their life is catastrophic. This personal link is important, it creates another reason to keep kicking this hornet’s nest of the plot.

Tight Vignettes
Make scenes and encounters snap. Don’t let them outlive their welcome. Combats shouldn’t be too common, but when they come they should be tense and deadly. One fight inside a moving train with a handful of assassins is more effective conveyance than a massive set-piece battle with lots of people. Save that for the end. Moments should be tight and focused towards moving the story on.

Clues
Talking of moving the story forward, each victory should come with a revelation: some new part of the secret that the group didn’t know. They’re uncovering who has hurt them and why, so allow for them to follow that trail relatively easily. The genre is not necessarily about the mystery, but the act of solving it through determination and guile.

Battle Of Wills
Your core antagonist needs to feel threatening. Have them take actions that the players aren’t expecting, have contingency plans and change their original plan to adapt to what they know the players are doing. You don’t have to make them a genius, just well-informed. Maybe they move their base before the heroes reach it or take the offensive and send killers after the players. Be aware that once you have built this person up, they shouldn’t meet the heroes often. Twice will do it. But there should be evidence of them for a while before any meeting.

Threatening Atmosphere
The world needs to be a well-described place in which danger could lurk anywhere. Allow the players to speculate as to where the next danger will come from but never answer. When they are actively investigating something or visiting a location, it should drip with danger. As soon as it looks like someone at the table is relaxed, begin to describe things as potentially dangerous.

Lull
Occasionally, you should take a lull though. Mark it ahead of time, give the player chance to relax and share notes in a place that seems safe. It’s good to do this sometimes just to let players breath and do character stuff.

Conspiracy X: GURPS is the king of modern world games and conspiracy X was probably the best of that 90’s output. Firmly in the conspiracy genre, this game is still worth checking out for it’s deep mythology.

Eclipse Phase: I know, again it’s not pure thriller stuff but then this is a hybrid genre. The setting of EP drips with secrets, confusing identity and perception veils, surveillance culture and modern espionage societies. Its combat system also can be quick and deadly once you know what you are doing. It also has some really nasty surprises waiting in the wings.

Operators: I mentioned this game when I talked about spies, so I will be brief. It’s a very good high tension game with a unique combat system. Very Jason Bourne, very thriller.

Of course, you should eventually remove the protection of the lull in the most arresting way possible, usually by destroying the place of safety or…

The Reversal
Every thriller has to have one reversal. Perhaps there’s a traitor in the safe space. Perhaps the safe space has been the bad guys hideout all along. Maybe the bad guy has captured an ally who wasn’t safe or is dangling a trap right in front of the group. Either way, this emotional change will give you a new cascade of effect and consequences with which to ramp towards a finale.

Cliffhanger
Before every session think about a potential end of session cliffhanger. You don’t have to use it but keep it in your pocket. If you can, spring it on the players to keep the tension coiled.

Stick The Landing
Finally, you have to get it to a state where it looks like the end. The players wrap most things up. The tension finally receeds and some people go back to the wreck of their lives. Due to the possibility of multiple twists in the tale and some false deaths and such along the way, you may need to take a minute to make it clear that the thriller is over and the characters can relax properly.

Because if you just go back to playing after this, they might never trust you.

Next time, we’re going to revisit a genre we have previously looked at and mine it for ideas for creating some perfectly-timed chills. 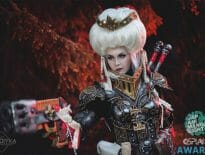 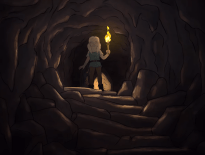