You are here: Home / Games / Tabletop & RPGs / Not on DriveThruRPG: Final hours for two Ars Magica Bundle of holding deals

Atlas Games do not sell Ars Magica through DriveThruRPG but for the next day or so it’ll be possible to buy two bundles of rules as supplements from the Bundle of Holding.

Ars Magica was one of the very first roleplaying games to use a Troupe system. That is to say, players had more than one character. In Ars Magica players had a magi character but these PC might be caught up in long term research or otherwise unavailable for adventures. In these situations supporting characters would be used instead.

The first edition of Ars Magica was written by Jonathan Tweet and Vampire the Masquerade’s creator Mark Rein-Hagen, and the fifth edition was published in 2004. Just how prominent the Troupe element is, and whether there was a rotating Story Guide/GM, depends on the edition.

The game is set in AD 1200 in Europe and the Levant, it feels historically accurate but allows that the folklore of the time was correct. The supernatural is real.

Purchases of either Bundle help support Doctors Without Borders.

The Storyguide Collection currently has a threshold price os $25.89 (retail value $70) and includes:

You can check out the deal for their collection at the Bundle of Holding.

The Bonus Collection currently has a threshold price of $27.44 (retail value $75) and includes;

You can visit these two collections at this Bundle of Holding page.

Not on DriveThruRPG: Final hours for two Ars Magica Bundle of holding deals 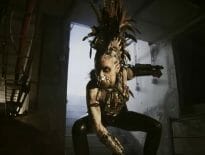