The show would be streamed, the GM paid, and the players would be British comedians.

A GM has been found – Steven “The Engine” Cook. He’s the fugitive human who nearly escapes in the trailer. There’s no word as to whether the actress, Nereida Lopez, who played the cyborg bounty hunter will be joining Cook in the stream. 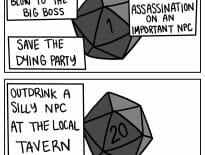 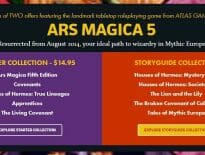