Cubicle 7 has all the Warhammer licenses when it comes to roleplaying games. They started with Warhammer Fantasy, then announced Soulbound the Age of Sigmar RPG before, apparently out of the blue, picking Wrath & Glory.

Wrath & Glory is the latest Warhammer 40K RPG. Dark Heresy, already in its 2nd edition, is an earlier game and it’s also managed by Cubicle 7.

The Humble Bundle will last two weeks (at the time of writing) and a pledge of $1 will get you the core set.

It’s worth noting that that’s the first edition core rules. You need to the top tier to get the second.

Lastly, hit $18 for Dark Heresy: The Late Worlds and The Chaos Commandment. You also unlock the second edition books such as Core Rulebook Second Edition, Enemies Beyond, Enemies Within, Enemies Without, Forgotten Gods and Game Master’s Kit.

I don’t know the game well enough to know whether the Edition 1-2 in the tiers is a gotcha or not.

What I do know is to ask “Why?” whenever a publisher puts a good bundle together. Cubicle 7 has had a busy year, with lots of announcements, and new product lines. Is this the last chance to ship a host of Dark Heresy before the next announcement?

Either way, I’m in. I’ve only heard good things about the game and that $1 tier is a robbery in my favour.

You can inspect the Bundle here. 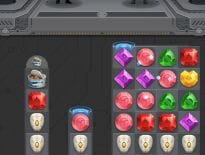 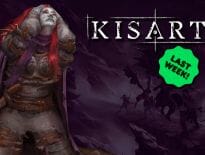