You are here: Home / Games / Mobile / Crunchyroll’s mobile game is a Chibi version of RWBY

When was the last time you checked in on the battle against the Grimm? Rooster Teeth’s RWBY is still very much a thing, with Volume 6 wrapping up at the start of the year and Volume 7 due out in November.

A few years back there was a spin-off series called RWBY Chibi. As the name suggests, this is a Chibi style version of the show with Ruby, Weiss, Blake and Yang. You can watch it on VRV and Rooster Teeth, but it’s Crunchyroll with the mobile game.

Available for Android and iOS, RWBY: Crystal Match has nearly 1,000 levels. There are eight characters, lots of powers and outfits for the heroes.

Crunchyroll’s mobile game is a Chibi version of RWBY 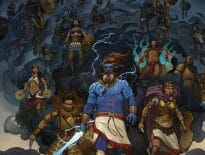 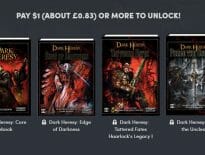