Amazon’s Carnival Row is a fantasy steampunk. We’ve a world that looks Victorian except has mythological creatures in it, trying to share cities with humanity. Guess how well that’s going?

The show stars Orlando Bloom and Cara Delevinge, but you’ll see plenty of other great actors in the trailer.

Amongst all the personal drama there’s a string of murders that Bloom’s character, one detective Rycroft Philostrate, has to solve.

The series isn’t based on a book but on a movie script penned by Travis Beacham and  Rene Echeverria, exec producers, called A Killing on Carnival Row which was written in 2005. The initial plan was to have Guillermo del Toro direct the film, but that project lost momentum.

Amazon says the show will on Labour Day weekend. Assuming they mean the Labour Day in the USA, then that’s the weekend before Monday, September the 2nd which is Saturday, August the 31st. 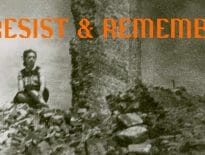 Tabletop & RPGs Resist & Remember: Weimar is an RPG that reme… 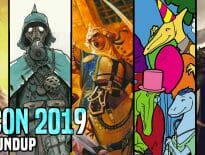