You are here: Home / Games / Tabletop & RPGs / Resist & Remember: Weimar is an RPG that remembers the importance of punching Nazis in the face

The ENnie-award nominated Devon Ortaz of End Transmission Games is trying to raise US$2, 500 to fund Resist & Remember: Weimar – An Anti-Fascist RPG. If they are successful a percentage of future sales will go to the United States Holocaust Memorial Museum.

The game itself comes with a host of trigger warnings. At the time of writing, there are 22 days still on the clock, and you can follow progress on Kickstarter.

The pitch for this particular RPG begins with;

Never Forget (To Punch Nazis In The Face)

Weimar Berlin at the end of the 1920s was a progression and liberal hotbed. Political ideas being explored at the time included monarchist thinking, anarchist thinking, socialism and also fascism. The Nazi’s hated it.

Players take turns being GMS across five different acts. The first act starts in 1930 with players as dangerous liberals and social justice warriors – you know, writers, poets, artists, those sort of people. Act two is set a few years later, on the night of the Reichstag fire and by the time we’re up to Act four, it’s Kristallnacht. Act five is undisclosed.

A pledge of US$15 will get you a PDF of the book and $25 will get you that plus a hardback if you’re in the US. There’s no international shipping until you pledge $50.

Devon Oratz is transparent about his Kickstarter background. They have been part of some successes, but they’ve had some howlers as well.

Resist & Remember: Weimar is an RPG that remembers the importance of punching Nazis in the face 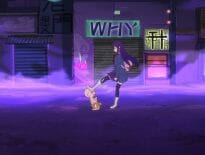 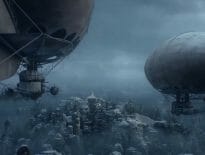