The successor to Initial D is MF Ghost, and it is getting anime, with the third trailer for the racing thrills now out.

Tomohito Naka (Initial D Legend 2: Racer, Initial D Legend 3: Dream) is directing for Felix Film. I think the early video teasers invoke the best parts of hi-octane racing car games where you slide around the corners of your home city.

Set in 2020 but 2020 in which self-driving cars are usual, the story is about Kanata Livington as he returns from being the ace at an English racing school.

The manga is a comiXology Original series, which means picking it up from Amazon. However, it’s been paused due to the ill health of the author and artist Shuichi Shigeno.

The author of Intiial D has roared back onto the track with another hit! In a near future where cars have mostly switched over to sustainable power, combustion engine racing is a rarity. The MFG is just a race, and Kanata Rivington has come to try his luck. But that’s not all he’s come to Japan to do…he’s searching for his father, too. Can even the ambitious Kanata accomplish all he’s set out to do?

We’re expecting the anime to premiere this year and to see plenty of Kanata Livington’s red Toyota 86. 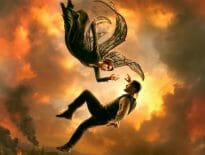 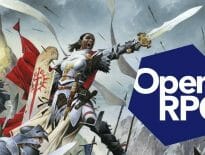 Tabletop & RPGs Paizo will go to court to stop WotC and OGL 1.1
wpDiscuzComment Author Info
Manage Cookie Consent
This site uses cookies 🍪, and links are ads that may earn bloggers some money 💰, and with this alert, I very much hope that these dark truths 🧌 are acknowledged.
Manage options Manage services Manage vendors Read more about these purposes
Preferences
{title} {title} {title}
Loading Comments...