You are here: Home / Games / Mobile / Are starbursts going to feature in Ingress level 17 and beyond?

This article contains mild spoilers for Ingress the Animation.

In the graveyard of articles “I’ve never had to write” is a blog post about what the Ingress the Animation can tell us about the evolution of Ingress Prime.

That article is redundant now because Ingress the Animation came late to Netflix and we already knew about the little loved Ingress Prime GUI by the time the anime aired.

In some ways, Ingress Prime’s basic functionality is still catching up to the animation. In the anime, Enlightened agents use waves of green exotic matter to wipe clean Resistance resonators from portals.

That’s still not the case in the app yet. In a surprisingly partisan decision, or lack of attention from Niantic, for all agents XMP bursts are blue in the app and all glyph hacks use Resistance links.

Neither the Resistance nor the Enlightened are villains in the anime. That role was taken by Hulong Transglobal, one of the megacorps in the game’s fiction that is experimenting with XM. One key aspect of the villain, though, was that his eyes glowed red.

The glowing red eyes of the Hulong corporation man are a contrast to the blue eyes of the Recursed Resistance agent. The red glow also matched the red energy of dark XM that began to capture portals at the end of the show.

Let’s just repeat that spoiler. There was no third faction in Ingress the Animation, but red Dark XM did capture portals, and the villain had glowing red eyes.

In the animation, it took a cross-faction starburst to push the dark XM away from the infected portals.

Starbursts are created when a single portal has dozens of outbound and inbound links.

Ingress’ plot catches up with the Animation

The new Ingress plotline featured a new cast of Niantic researchers. They’ve all been reborn/recursed into new bodies and need to work together.

The newly aligned researchers are still split into two teams of green and blue, but they now have a common enemy – someone with glowing red eyes.

At least, there are glowing red eyes and a sinister figure.

The video also shows the new Nemesis in a different orientation than the new glyph so we should treat the video with a pinch of salt.

Another of the new glyphs is Star, which matches the pattern of a starburst in the game.

The role of starbursts

Let’s recap. The Ingress anime introduces the idea of dark portals that burn with red energy and are cured by starbursts.

The latest wave of new glyphs includes a host of fielding constructs like links and fields (portals are already a glyph).

There’s one more bit of speculation. If everything so far in this article has been wild conjecture, then what comes next is even more so.

If you’re a GM and think about game balance, then you might see a problem with level 17. How can Niantic decide what players have to do reasonably reach level 17?

Do they just extend the AP and badge requirements the characterised level 9 to 16 advancement? If they did that then many players, even if Rescurion is also a requirement, may simply jump up levels overnight. And what would the point of that be?

When Niantic first raised the level cap from 8 to 16, they added in the badge requirement. They may make gaining new badges part of the level 17 and beyond process.

Badges earned through starbursts might be one of the new badge formats. Tackling dark XM might be what agents at level 16 and above do.

Could it be that starbursts and other new activities (perhaps time-restricted activities like Myriad) are needed for the new badge format? This new badge format, combined with Recursion (to make you the same type of born-again agent as the researchers) are what you need to hit levels 17 and beyond?

What do you think of this theory? Wild nonsense or could there be some grains of truth here?

Are starbursts going to feature in Ingress level 17 and beyond? 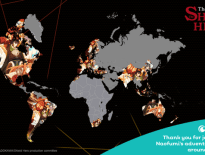 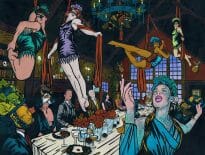 Comics A look inside the Illuminati Ball
💰 Copper Coins 💰 Geek Native is an affiliate and may earn commission on purchases you make from third-party sites.
🍪 Privacy & Cookies 🍪 The site uses cookies to survive. By accessing the site, you agree to use your browser to control cookie use or take 1d4-3 privacy damage (tracking). If you defeat cookies via ad blocking, please consider the Patreon. An intro to cookies, and how to control them, can be found here. I Manage Cookies