We’ve touched on drama before when we talked about Shakespeare’s plays and studied various structures but we’ve never really looked at its evolution and techniques. Given that the emergent style in modern RPGs is a heavily character driven adventures based on flaws, goals and other quirks it amazes me that we haven’t talked about how we go about aiding players and what we can do to avoid tipping into the lair of the deadly Melodrama.

And you wouldn’t want to do that, it’s at least CR8 and its reactions are really over the top.

In the late days of the 19th century, Russian theatre was unrecognisable to us today. Many actors simply came on stage faced the audience in a pose and declaimed lines that were fed to them in a heroic fashion. The psychological depth we understand as good acting wasn’t really equitable. It was more like a series of speeches that formed a narrative rather than a character study. But as the century came to an end, a revolution had begun to take place. A radical idea was sweeping through the more modern playmakers of the age – rather than convey meaning through speech and a set advanced gestures recognised by the audience as convey an emotion, the actor could instead attempt to replicate the emotion on stage by embodying it themselves, thus giving a performance closer to the reality of the audience. To us, this is an obvious process but at the time, it was nothing short of revolutionary. As a sweep toward Realism began, many young playwrights became names we know today: Chekov, Tolstoy, Pismesky, Gorky. Playwright became a professional job that people could have all of a sudden and the Moscow Art Theatre became a new entertainment powerhouse. In the middle of this revolution sat one man, Konstantin Stanislavski.

If you heard a noise like the groaning of a million theatre nerds, it’s because Stanislavski is now so ubiquitously linked with modern drama practices, it’s boring. Worldwide people learn the practices that Stanislavski made to change the way we thought about acting, drama and performance and his work helped playwrights begin to redefine drama as a vehicle for a diaspora of voices. It took many more people to move the needle, and some were reacting to rather than following Stanislavski’s ideas, but without him, modern theatre is a very different place.

Why is this important to RPG players? Well Stanislavski developed ‘The System’ (which is related to but not be confused with ‘Method’ an American form of inhabiting a character developed from the system developed by Stasberg/Adler/Mesiner) in which he began to work at techniques for actor that were beyond just physical and vocal exercises. His trick was to self analyse and deliver each character as a fully rounded person and create performances that used subtext (which he sort of discovered). The result was a new kind of theatre that created realistic performances that wowed audiences and changed modern entertainment into what we recognise today.

And it’s these techniques we’re going to steal in the second part of this article.

Inside The Actor’s Studio

Magic If
The first part of Staislavski’s system was for the actor to put themselves into the world of the character. Taking in the given circumstances of the role. As part of an RPG you can easily start with this sort of thing for the players. During a session zero, begin with taking a real interest in any backstory and ask things like ‘how does this thing in your past affect how the character is now?’ and ‘you were raised in a cold area, how does your body react to the temperate climates here?’ the idea is to get the players to take a step back from their character concepts and examine them as a set of experiences and life choices that their character has gathered through life. When play begins, ask them questions about the environment or world. ‘This area has been recently affected by war. What does your character pick up on that lets you know this?’ or ‘This area is dry and hot. How are you coping in that plate armour?’. These little idiosyncrasies allow players to deepen their immersion.

Tasks and Opposition
Stan decided that in each scene a character was trying to achieve something. He set the actors to discussion about the through-line of each performance and what each character wants and how each scene they are in either advances or slows that desire. While this is too much work for an RP game, it’s worth talking to players about where they are planning on taking their character in future and what those characters want. Begin to ask them questions like ‘What would turn you from that goal?’ and ‘what conflicts can you foresee on route to the goal’. This is twofold, first these ideas give you fodder for emotional choices the character must make but it also makes the player think of the character’s limits and potential for change. This is important because the make up of most good drama is ‘Something present challenge for person seeking goal, the challenge may be overcome if person changes self, person must decide if this is correct thing to do’. Characters who are open to change keep the game feeling fresh. So create some of those conflicts for the players, especially if they seem excited by them. Allow the small moments between characters a chance to breath. Consider basing adventures not on goals but on dealing with a flaw on a character’s sheet. Write up something that embodies the flaw and makes a character confront it. Take another characters flaw and tie that in too and watch the session pop. In D&D this is now particularly easy as they are written down on the sheets for you.

Inner Monologue
Stanislavski was all about subtext and internal motivations. The idea of the internal life of the character being buried was what prevented this from tripping itself into vastly overwrought melodrama – emotions were not worn on sleeves but still informed actions, in subtle ways. Ask players occasionally about how their characters feel about certain party members or NPCs. What drives them mad that they try not to talk about? What brings them unexpected joy? Who reminds them of a family member? These layered ideas create deep bonds and thought processes between the ‘main characters’ of the game. Also, it can be used to resolve tension – if a player is acting weird, or in a way that is annoying other players, you can ask for their inner monologue, occasionally this can really diffuse tension in a game – player conflicts often arise from a ‘what are you doing?’ sort of mindset as people misunderstand one another. Allowing a opening up of inner character monologue at key moments can transfer the conflict back to the table as everyone remembers that it’s just a game and the drama within is richer than misunderstanding of motivation without.

Thanks for joining our rehearsal! Next time we’re going to abandon these slow-moving, artsy genres and throw caution to the wind! It’s time to blow stuff up in widescreen!

Genre Police: No Am, All Dram 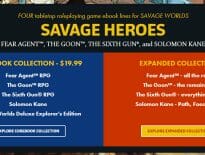 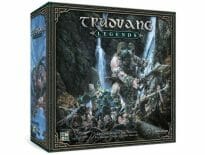