You are here: Home / Books / Competition: Gears of War – Ascendance

Gears of War: Ascendance by Jason M. Hough and from Titan Books is the official prequel novel to Gears of War 5. It begins right after Gears of War 4 concludes and leads directly into the latest game. The novel is out July 30th.

So, where does that leave us? Kait has sealed her mother’s tomb, doing so and swearing revenge, following Reyna Diaz’s death at the hands of the Swarm.

Kait isn’t alone. She has JD Fenix, and Del Walker as allies and so returns to New Ephyra to warn the Coalition that the Swarm is coming.

First Minister Jinn requires proof, though, and demands utter loyalty. Soon allies are parted, with JD and Del sent off on a dangerous mission to prove the threat is real. Meanwhile, Kait is joined by Marcus Fenix on another task.

The fate of humanity hangs in the balance.

Thanks to Titan Books, Geek Native has one copy of Gears of War – Ascendance to give away to a lucky winner in UK or Ireland.

What do you need to do to win? You need to log into the widget below and complete the mission it gives you. Tasks are worth points, and each point you have is a chance of being the one lucky winner.

Yes, Geek Native likes to ask weird and wonderful poll questions in our competitions. It lets us write up the answers and publish statistically insignificant but quirky stats.

For example, did you know most people would not want to know what friends were thinking or that women are slightly more likely than men to believe in destiny?

Sound weird, huh? A huge difference is between geeks, and those people who don’t consider themselves on geeks when it comes to the question does power corrupt?.

The Shadow of the Tomb Raider Croft Edition please.

The Genesis Classic Bundle, thank you. 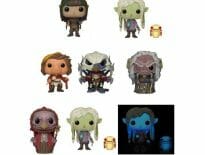 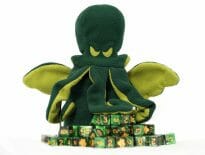